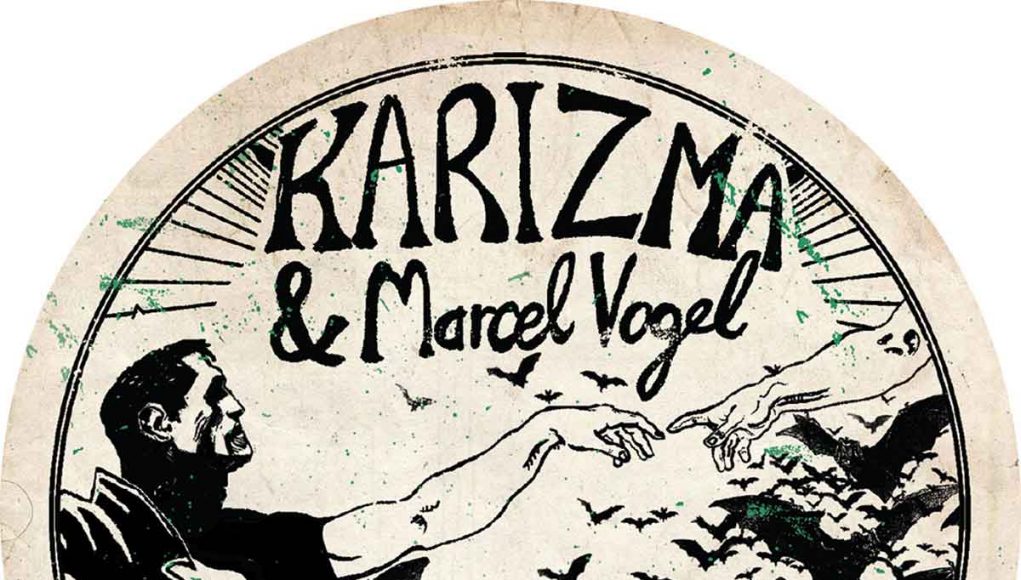 Lumberjacks in Hell is a label ran by Amsterdam based Marcel Vogel who is an endlessly multitasking DJ, Producer and label head known for his impeccable taste in Rare Groove, Disco and Chicago House.

Marcel Vogel who also produces music under the alias of Em Vee has a distinctively low sung sound, and along with previous releases on his Lumberjacks plus its sister label Intimate Friends, he also boasts releases on outlets such as the infamous Sonar Kollektiv.

Lumberjacks in Hell is now on its ninth release, and for this one the label boss teams up with the one and only Karizma who is also known to many as KaytroniK.

With more than 25 years of experience to his credit, Karizma is a veteran DJ and producer that needs little introduction. His productions and remixes have appeared on labels like Yoruba, R2, Basement Boys, Hyperdub, Defected, Ovum Recordings, Objektivity plus Soul Heaven and many more…

We can thank another heavyweight for this release as it was Seven Davis Jr. who personally introduced both producers during a tour in Los Angeles, Seven Davis Jr also brought the A1 track “Work It Out” to Marcel’s attention.

“Work It Out” by Karizma uses not more than a phrase of a looped gospel vocal to fill the track with warmth and soul. Chopped to fit and looped, it’s laid over an infectious drumbeat, the vocal makes you feel like jumping up and down and talking in tongues. The loop opens and develops as the track’s structure progresses, exposing the vocal and the groove only becomes more infectious. Fun and quirky, the track to some may seem abrupt and unusual, but none can deny its got floor filling anthem written all over it!

Track two titled “I Got Jesus” from label boss Marcel Vogel, keeps the EP’s gospel theme. Bringing the funk by fusing gospel vocals with the raw groove of a honkytonk piano, is Marcel’s regular sidekick Tim Jules. Praise the lord, or simply praise the groove, whoever you play this track to will be up and dancing! With loose percussion, a jazz organ and bags of soul, this track is packed with good vibes and can only be described as “dancefloor heat”.

The last track is the Karizma remix of “I Got Jesus“. Cutting up the originals gospel vocal into short loops, he also adds additional vocals discussing topics of a deep and spiritual nature. Working the percussion into his own distinct, jacking style, the remix is tightly sequenced and mechanical in comparison to the original, but in no way does this mean it’s lost any of its soul. Rounding things off with a Rhodes keyboard, he adds additional keys and chords that are infused with joy.