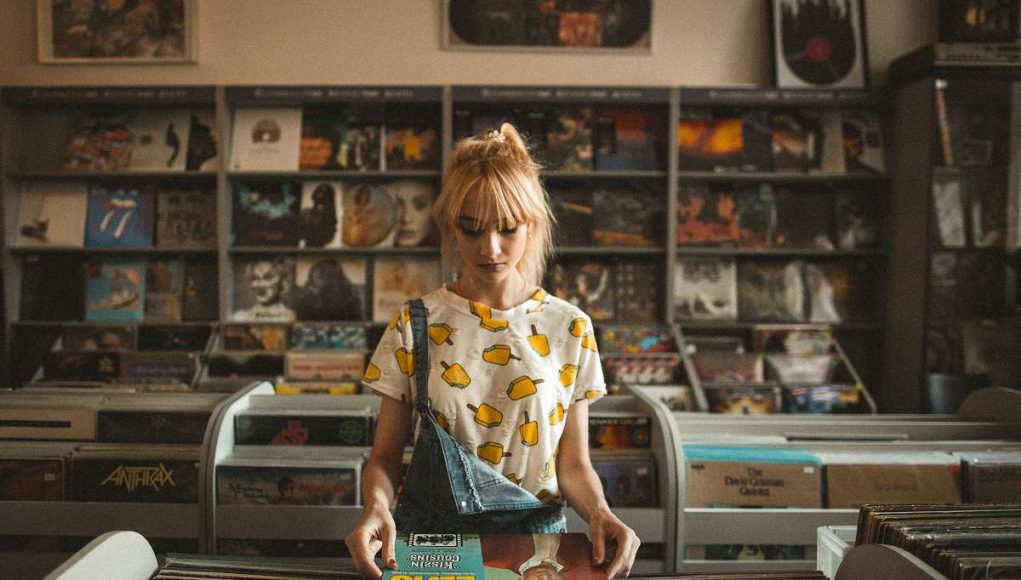 We’re so connected, but can be so far apart. This is the distinct reality of modern life, creating the feeling that shapes the sound of cosmopolitan duo E1sbar. Nearly 500 miles separate Piper Davis (Toronto) and Francisco Cueto (Washington, D.C.), and they’ve never met nor have spoken on the phone. But as E1sbar the two seamlessly collaborate on an ethereal style of electronic pop that encapsulates the allure of traveling without moving. Wherever you go, there you are.

The new album, Looser Futurism , explores our modern landscape as a place with an unparalleled freedom of mobility, but not without a sense of distance. Drawn from vocalist Piper Davis’s experiences as a flight attendant and, in her words, “the nebulous dream world of aviation,” Looser Futurism’s eleven songs touch on themes that are at times personal, but also universal. “Sometimes I feel like I’ve escaped life onto a cloud of jet-lag,” says Davis. “Trying to navigate life, relationships, and goals when I’m always off the earth … it’s as if I’m a buzzing, blinking neon sign in a strip mall in the middle of nowhere.” Davis’s often soaring vocals compliment Francisco Cueto’s meticulous production. The overall sound of E1sbar is immersive, slick, and utopian; a 3D sound that inspires visions of monorails and jet packs. The pair’s distance subtly influences the mood, but the collaboration remains intimate and entwined. “I’m always
excited to get the word from Piper that she added vocals to my demo,” says Cueto. “She inspires me to add to the original concept to truly compliment her part. Sometimes I even completely rewrite the music.” Each of E1sbar’s songs is an enticing choice of destination. ” The ‘So Long ‘ Gemini” swirls and vibrates with a catchiness that could warm any orbital excursion. ” Cold Love Of Rococo” features throbbing synth lines and a vital vocal hook. The jazz-influenced bounce of “Long Bow ” offers a change of pace that’s hardly out of place. And ” Circle Window ” is the sound of reaching 36,000 feet. As Davis explains, “It’s about always looking down on the earth and wondering what’s going on in the real world.” With Looser Futurism , E1sbar has created a flowing statement that reaches out and envelops listeners within a cosmic world. Ultimately it’s a hopeful place, filled with washes of melody and electronic textures that groove and delight. But underneath there’s the ambiguity of the global wanderer. As Davis expresses about her adrift reality, “I wonder whether I really belong anywhere.”