The Golden Gate is like the small Galician village in the Asterix comics amidst the gentrified Berlin Mitte. Whoever likes his club dirty and dark and set to techno, is in good hands in the Golden Gate Club between Alex and Jannowitzbrücke. Wonderful sets until the late afternoon hours, a trashy underground atmosphere and dirty toilets. The best day to dance in the middle of the week is on Thursday and the only true Saturday afternoon after hour in the city takes place here. In 2012 their 10th Birthday was celebrated and we hope that there will be also be a 20th. Stubbornness blows the Golden Gate minimalism in musical form into the world. The pink shopping centre called Alexa has fortunately failed to displace this little oasis of real Berliners celebrating culture. The Golden Gate is a classic Berlin techno club, one of the few where one still has the feeling of just going to dance to and not to “see and be seen”  as is the case in many others. However, if you need a little more space and fresh air you can hang out at the covered outdoor area and chill out on trashy sofas. In ancient times there were two floors, but now there are only the toilets at the top. There is now a second down beside the old floor. The door is also no longer on Dirksen road, but around the corner. 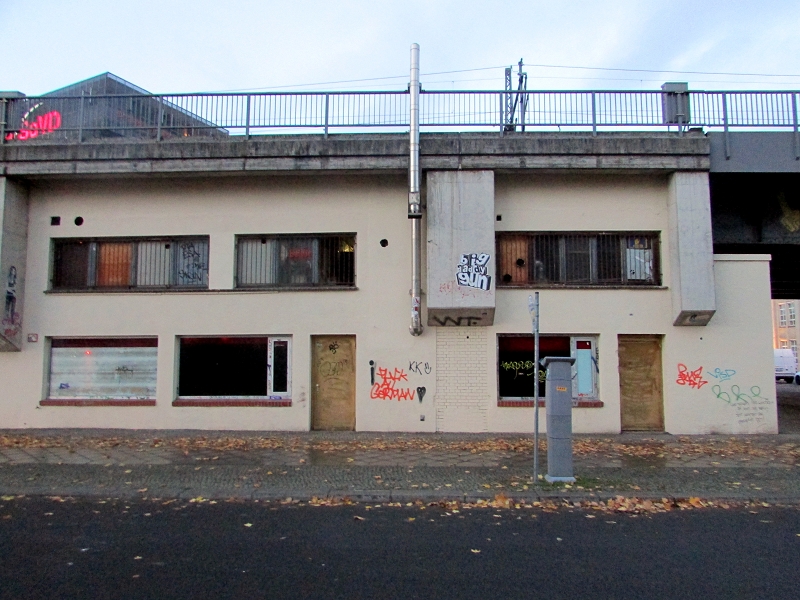