Kyodai means „brothers“ in Japanese and that’s a good clue for guessing who`s behind these two heads, the producers are known under a variety of different names! a duo that gained respect from musical heavy weights like Laurent Garnier, Masters At Work, Gilles Peterson, Danny Krivit, Rainer Trüby, Jimpster, and they regularly release under a variety of different names for labels such as Compost, Odori, Om, Lovemonk………

Kyodai have had a strong run of releases since their debut here on Freerange Records last year. Their „Mi Rumba EP“ must have impressed a lot of people as they went on to release a follow up EP for Mad Mats blossoming Local Talk label with „Breaking EP“, supported by top names, until reaching the top list of the Gilles Peterson’s „An All Winners Show“, and also have an EP due on Pokerflat called „Never Know“. Kerri Chandler dug it enough to include on his RA podcast and it was also picked up for the Cielo Compilation on Nervous, resulting in many requests for remixes and productions.

Dilby is taking the House Music world by storm with his unique brand of Deep and Tech music. His original productions and remixes regularly feature Top 100 charts on Beatport, Traxscource, deejay and decks.de and have been played, charted and supported by top DJ’s ranging from legends like Danny Tenaglia and DJ Sneak to modern front-runners like Maceo Plex, Claptone and Hot Since 82. You can find his music on a selection of amazing record labels including Mother Recordings, Bondage Music, Beef Records and many more.

New Zealand born, Dilby lives and breathes music. From a young age he has been obsessed with hunting and collecting music and has always been passionate about sharing these treasures with others. This is evident in his DJ sets which span genres and create an infectious and hypnotic groove on the dance floor.

Dilby was first introduced to underground electronic music through the rave scene of the 90’s. His excitement and passion for everything house grew until he began DJing in early 2001. Since then he has not looked back and continues to grow and evolve his sound and skills on the decks. Dilby has played the best clubs and festivals all over New Zealand including a sold out Rhythm and Vines festival with over 25,000 in attendance and has shared the stage with the many of the worlds top DJ’s along his journey. Recently he has been entertaining crowds across Europe where his sets have been very well received in many of the top clubs.

Dilby has taken his passion for electronic music to the studio and presented his creative and inspired productions to the world. His tunes champion a signature groove and attention to detail that sets them apart from the crowd. His music is crafted from a classic house and techno pallet but presented with a fresh, modern and individual aesthetic. They are full of rich musical influences; from dub to progressive rock, ambient and tribal rhythms, but rest assured, they’re aimed squarely at the dance floor.

In confusing times like these, where my-house-is-your-house-and-what-the-fuck-is-house-anyway, an up and coming talent from the lands of the rising sun, driven by passion for deepness and purity of the groove is roaming the cosmos. To gather the true believers on his quest for the lost arch that jack built.

2012, NHAN SOLO sets up his own imprint MOTHER RECORDINGS, providing an haven for like-minded musicians. It´s a healthy bunch of friends, artists and creative heads. Their individual life stories and experiences help to shape a very personal vision of contemporary HOUSE music, that received instant positive feedback from the first release on. The list of releasing artists and remixers on the freshly founded label contains well-known names such as Daniel Dexter, Kyodai, The Revenge, Audiojack, El_Txef_A, Jay West, Stee Downes, Andre Crom, and many more. NHAN SOLO´s personal continuous musical output can or will be found on labels such as OFF, 2DIY4, Dikso and of course MOTHER RECORDINGS. His tracks have been remixed by respectable members of the scene like Ian Pooley, Spencer Parker, Oliver $, Martin Dawson, Kiki, Fritz Zander, Adriatique – just to name a few.

2014, MOTHER RECORDINGS label boss NHAN SOLO already established as a house music anthem-provider gets back this summer with 3 great collaboration EPs. Don´t believe the hype, but it´s true he teamed up with the one and only Hip Hop legend KURTIS BLOW, the amazing CARI GOLDEN and the magnificent STEE DOWNES.

Sounding like a busy bee, or not?
„Hell yes“, he says – „but it´s all good. I believe that everything must be done with passion and a true sense of sincerity. And I´ve got plenty of both to go around! :)“ 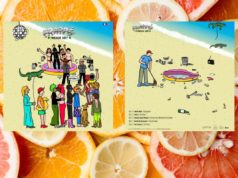