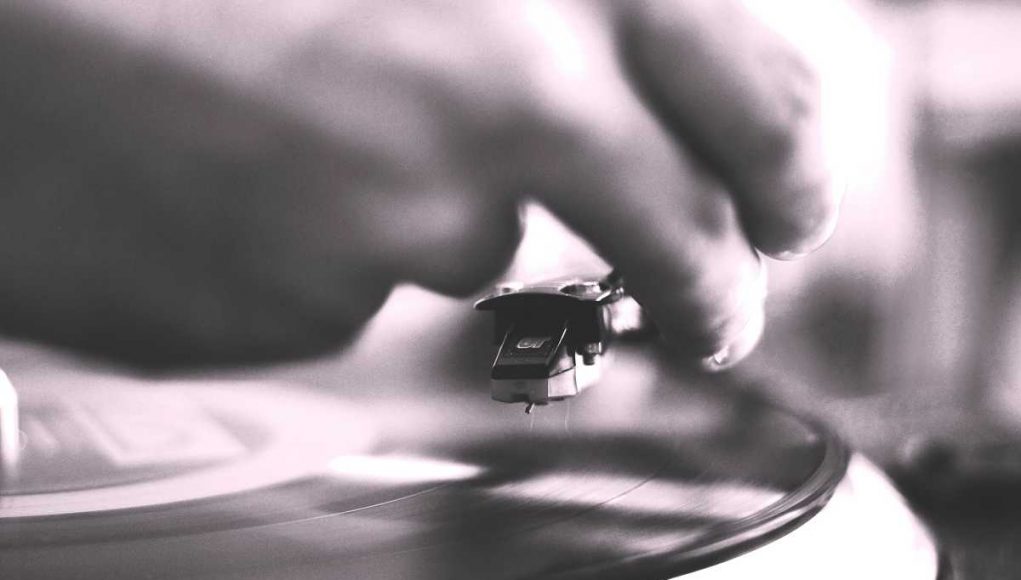 The album “gifts listeners 10 gorgeously produced tracks that subtly weave together all of Harris’ most-loved hallmarks: atmosphere, intricate rhythms, and deep emotional resonance.”, writes the XLR8R staff on their reviews of the albums of the year.

Harris dives deep into a new sound palette – bringing the listener on a journey through various states. The album was made over the course of four years with an array of notable players, bringing a diversity of perspectives and approaches encompassed within Harris stunning artistic studio approach.

‚Trivial Occupations‘ is the third LP released under the Kingdoms and Scissor and Thread founder’s own name – and continues in the traditions of those landmark records. Having scaled to heights within the club scene and released almost a hundred records under different monikers, Francis Harris embarked on an altogether more personal journey as a composer of intimate, atmospheric pieces removed from the dancefloor.

Here, with ‚Trivial Occupations‘, Harris dives deep into a new sound pallette – bringing the listener on a journey through various states over the almost one hour run time. The album was made over the course of four years in various studios with an array of notable players, bringing a diversity of perspectives and approaches encompassed within Harris stunning artistic studio approach. It was also mixed at Jack White’s Third Man Studios again with the help of long time collaborator and friend, Bill Skibbe.

‚At First A Wide Space‘ opens up the album, setting the tone with a vista of soundscapes, merging synths, live strings by Kingdom’s artist Emil Abramyan. It sets the stage for what is perhaps the album’s (first) opus, ‚St Catherine And The Calm‘. Spanning over 12 minutes, drifting through ambient textures, shuffling beats and beautifully arpeggiated melodies and found recordings, it gives the listener a widescreen intimacy, not unlike the enveloping sensation of a cinematic experience. ‚Song For Aguirre‘ is a more mournful affair, built around Abramyan’s cello, deep bass tones, pad washes and distant sounding horns from Greg Paulus, adding to the noir-ish 70’s soundtrack feel. ‚Trivial Occupations‘ the album’s title track and perhaps the centerpiece in terms of mood and tone, is a dizzying off kilter Jazz trip featuring a cast of remarkable jazz players, including vocalist Genevieve Marentette, Robb Reddy (tenor sax), Darkside member Dave Harrington on guitar and Will Shore (vibes).

Breaking up the album nicely, ‚Dalloway‘, perhaps Harris‘ most unique production to date, moves into Dancehall territory with a collaboration with Cameroon born but NY based singer, Kaïssa.

‚Recital Of Facts‘ , one of the only beat driven songs on the LP, harkens back to the sound of Harris‘ last two albums with a melancholic groove paired with melodic bass fragments and the ever-present pad washes. ‚Parklife‘ follows a similar vibe with the return of Greg Paulus‘ mournful horns, but without any rhythmic underpinning, before the previous single ‚Minor Forms‘ appears with its shuffling percussion and the singular sound of Will Shore’s Vibraphone, bringing about a climatic moment listening moment.

The final two tracks – ‚Beaumont‘ and ‚No Useless Leniency‘ both further explore the sense of space with which Harris has become so enamoured – creating textures and backdrops for piano (Beaumont) and horns (Useless Leniency).

It’s an album that is easy to get lost in – a structure suggesting no real beginning or end. Listening to it on loop offers the listener a chance to be fully immersed in the rich, melancholic tonalities of Harris‘ sound universe..