Diynamic Festival Amsterdam goes into the third round: On Friday, May 29th, Diynamic Music returns to the Dutch capital to host the third edition of its very own Diynamic Festival. Traditionally, the label is bringing its complete artist roster along, including Solomun, David August, Adriatique, H.O.S.H., Kollektiv Turmstrasse, Stimming, Karmon, NTFO, Thyladomid, Magdalena, DJ Phono and Ost & Kjex. The venue will be the same marvellous glade as last year at “Amsterdamse Bos”, where two custom stages will be built especially for this event.

To the label and its artists, Diynamic Festival Amsterdam is an affair of the heart. It is a very special date, to which all artists look forward throughout the whole year: A family reunion, where everyone prepares special sets to showcase the very best they have to offer. Both preceding festivals have been sold out and an exceptional success.

On Friday, May 29th, Diynamic Music will return to Amsterdamse Bos, the city’s nearby forest, for the third edition of Diynamic Festival Amsterdam. It’s starting at 11:00h in the morning and going on until 23:00h at night. New this year: There will be two stages, so you can enjoy the most out of every individual artist.

The venue “Kleine Speelweide” at “Amsterdamse Bos” is just outside of Amsterdam, easy to reach by bike or by bus from Amsterdam central station.

The finest of Diynamic Music will return to Amsterdam:
– Solomun, who just announced his 3rd season of “Solomun +1” on Ibiza
– Stimming, who’s breaking musical boundaries with his 4D Sound events
– David August, who ranked 4th on Resident Advisor’s “Top Live Acts” list
– Adriatique, who scored 28th on Resident Advisor’s “Top DJs” list
– H.O.S.H., who recently opened his own club called “Villa Nova”
– Kollektiv Turmstrasse, who will be releasing the next Diynamic EP
– Karmon, who locked himself into his studio for the last weeks to work on some new material
– NTFO, who released an EP on Dennis Ferrer’s Objektivity label a few weeks ago
– Thyladomid, who is currently on an album release tour for his debut LP “Interstellar Destiny”
– Magdalena, the latest addition to the Diynamic artist roster
– DJ Phono, who just hit the #1 spot of the German album sales charts with his project “Deichkind”
– Ost & Kjex, who are currently finishing up on their next album

About Diynamic:
Diynamic Music has constantly been an underground electronic music label on the rise. The motto: Do It Yourself. Founded in 2006 by Solomun and Adriano Trolio in Hamburg, nowadays undeniably amongst the best imprints worldwide with showcases all around the globe, Diynamic Festivals in Amsterdam, Berlin and Brazil, weekly residencies on Ibiza including the infamous “Solomun +1” events at Pacha and the “Diynamic Outdoor” event series. 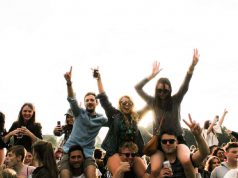 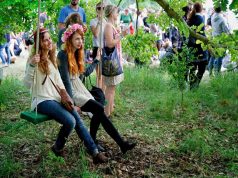