From the small village of Viitasaari in the middle of Finland, which is also known from its annual experimental music festival Time of Music, comes „a new type of fantastic mover“ as said by DJ Hell in DJ Magazine. Joe has played from Paris to Izhevsk and shared the stage with Hell, John Tejada, Tiga, Martin Landsky, Joakim, Troy Pierce, Gaiser, Richard Bartz, Seelenluft, Hybrid, Le Chic, David Carretta, The Field, Markus Guentner, Joel Alter, Play Paul, Steve Barnes and few others, but he is also known as a successful promoter of various parties, like TRAP!, TURBO 5000 and Yes Please, at the top nightclubs of Helsinki. Today, Joe is continuing the action in Berlin, where he moved to develop his sound further.

One of his side projects is Instant Live ™, a show concept developed by Joe Le Bon & Oravainen. The main idea is to create the music on the spot in real-time, WIPIWYH (What I Press Is What You Hear). Each show is unique and exiting. You have never heard it before and you will never hear it again. The drama of error is also significant part of the human touch. Exclusive Experimental Entertainment! Instant Live(tm) has been performed in Berlin (6 times), Helsinki, Manchester, Moscow, Istanbul and in Izhevsk, where the show got excellent feedback as being futuristic and creative. 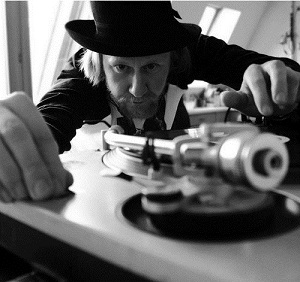