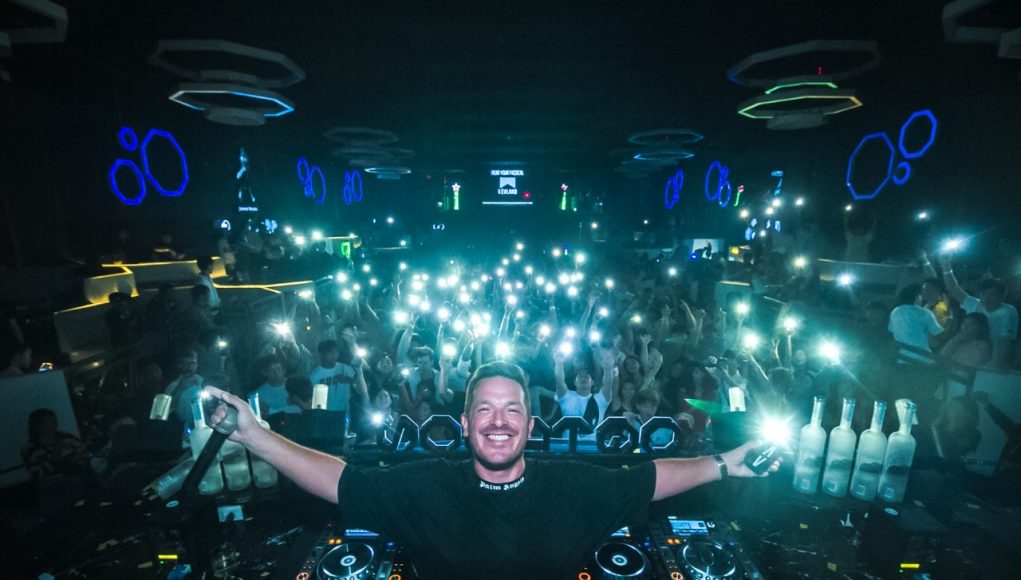 How do you handle music requests?
I’m lucky enough that when I DJ people understand that they are coming to watch a set, as an experience. In the early days playing smaller clubs, people feel like its more accepted to ask for tracks to be played but it can really disrupt the flow! It’s important to stay cool and composed, don’t get hectic and interact with your audience to keep the cool in order.

What do you do when equipment goes on strike?
When equipment fails or cuts out it’s an unexpected shock, luckily it doesn’t happen too often but a lot of teams work efficiently and quickly to rectify the situation – everyone has the same goal at a show, to let their hair down and have fun!

What are your musical influences from childhood?
I’m inspired by so much even still today, from pop to rock but electronic music has always been a part of my life. Thinking back, I’d have to say guys like Laidback Luke, Frankie Knuckles and Dave Morales -the latter two I remember watching at a live show when I was a teen – were known as such iconic and classic artists that showed audiences what dance music can do. Legends in the game!

Is it even possible to argue about musical tastes?
I don’t believe in guilty pleasures and in “rights” or “wrongs” in music, the beauty is that there is something for everyone and music bridges the gaps between cultures and so much more.

Which track would run when you moved into your boxing match?
Dr Dre and Snoop Dogg’s ‘Nuthin’ but a “G” thang’!

When I was in Highschool I tried to get some money together for a vinyl player, so I worked in a paper factory where I had to cut paper boxes all day… this was for sure the worst job in a time where I just wanted to play music and train at DJing.

Describes your sound to someone who has never heard it before.
Funky house with a groovy twist!

Do you have any good tour stories from clubs or festivals?
I have far too many to mention – from bad weather, audiences doing crazy things, the list could go on! I would have to say that one recently that I’m proud of is that I got to play at the first ever F1 Grand Prix in Miami which was a blast, sharing the bill with Calvin Harris and a number of other great producers! Everyone had such a great time and Jamie Foxx was in the audience which was pretty cool!

What would you do if you weren’t a musician?
I would be a baseball player, I was actually semi-professional when I was younger and still love the game.

Which style of music should have the most followers? And why?
House music! It’s a classic genre with so many offshoots but coming from the underground spaces, its grown to be a global phenomenon at every level. Even Beyonce is making house music now – it brings so much joy

What is the most important musical equipment invention of all time – and why?
Any Pioneer CDJ, I would say! Pioneer hold the industry standard for live sets and performances and that has barley changed in so long for good reason, it helps us execute exactly how we want to play when live with precision.