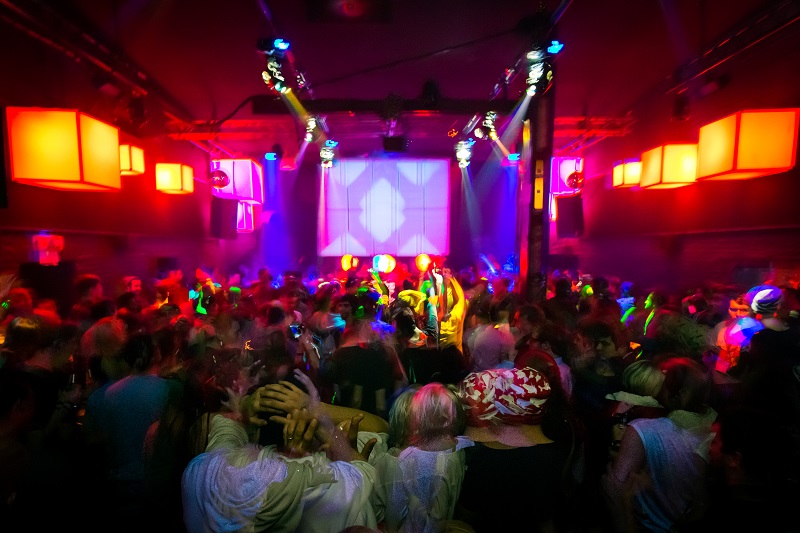 After our first 3 parties we took a short break to think about where to go… We are really proud to announce SUICIDE CIRCUS BERLIN as our host-location for 2016. Therefor again we are inviting artists from all over the world that can keep house in its traditional ways, in it’s warm and groovy ways, that sounds that make you feel like hangin around on a boat in 35°C, make you wanna get naked and jump in the water…

Eric D. Clark
Worldwide known for his soulful voice over „from disco to disco“ (WHIRLPOOL PRODUCTIONS) california-raised ERIC still got the groove on! While continuing to release records and perform with Whirlpool Productions, he also released a number of solo albums, including 1998’s Für Dancefloor (on Ladomat 2000) and E=dC2 on Kompakt in 2007. Single releases include 2001’s „Another Night, Another Disco“ (on Sony BMG). He worked with Amanda Lear and Giorgio Moroder to produce a new version of Moroder’s track „From Here to Eternity“. As a producer, he has worked with artists including Angie Reed, Peaches, Märtini Bros, Mark Stewart and Tiefschwarz.

Bara Bröst
Berlin-based BARA BRÖST are back in berlin after touring around europe for their last album ELEPHANCYCLE, released on BBE. Their last release has been published on EXPLOITED.

Renzky
Known as one part of MURIAN BENZ, Julian Renz aka Renzky now is more focused on solo gigs and solo productions.
He allready released as solo artist or as team with MURAT BECKER on TELLERRAND REC., VAN LIEBLING REC. and MUTTIS MISCHKONSUM.

Adonis Wolf
Well known for classic housegrooves and long dj-sets, Adonis‘ still is focused at his first LP comin out on bossy wax. It will be released in late spring/early sommer 2016.