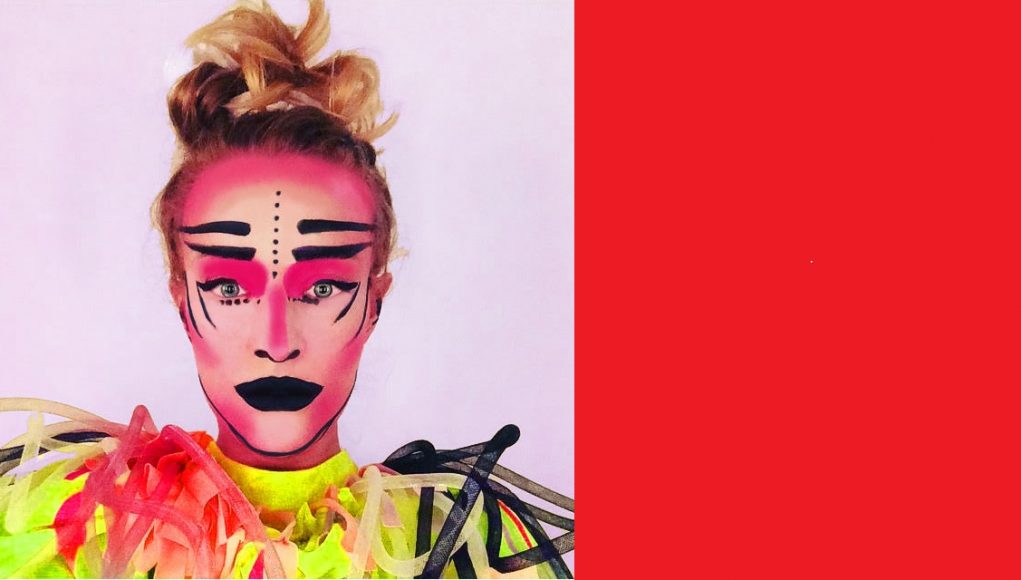 Using unsettling noise, distressed screams, hand made electronics and found objects pushed through pedals, AJA’s industrial beats and distorted drone, combined with a psycho-visceral, intense performance challenges the audience by breaking down barriers and pushing limits sonically and visually. AJA has so far had her music played at Berlin Alternative Fashion Week for designer LU LA LOOP, played live on NTS Radio and after making the sound score for artist Joey Holder for the piece “Ophiux” she was nominated for the Oram Award funded by PRS foundation. You can hear her latest release “Pageant Crack” released on Opal Tapes and also featuring on Perc’s new album “Bitter Music” on the track “Spit”.

“Her experimentation with field recordings and the limits of sound make for a captivating sonic experience, while the attention to the visual is reminiscent of the theatricality of artists such as Peaches.” – The Quietus

“In real life she could be described as petite, but by the end of her live show – which she has talked about as a means of dealing with traumatic events from her past – she transforms into some kind of giant. It is as if she becomes a 100-foot-tall Ann Darrow and the audience a relatively tiny gorilla, shaking in her gargantuan grip.” – VICE Magazine