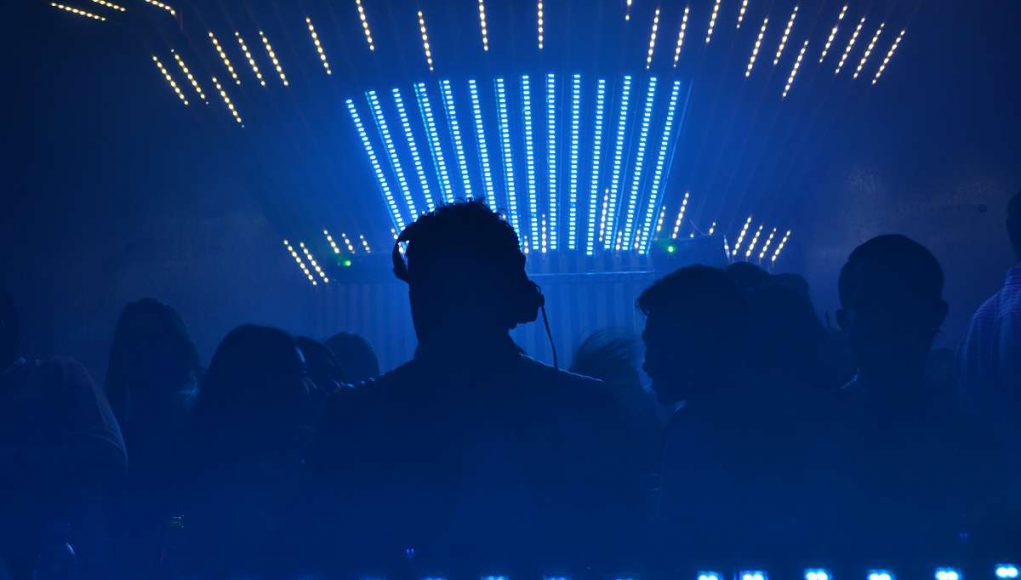 First starting his DJ career in the mid-90s, Akiram EN has become a permanent fixture in the Japanese underground scene. His dance-oriented range is from left-field techno to avant-garde, while his deep listening sets are inspired by obscure sounds, as his signature style conjures a place where listeners can deeply experience and perceive his music. Akiram EN came into prominence through performing at Japan’s leading rural Festival, and the formidable techno parties including none other than Future Terror. His contribution to the music scene in Japan extends beyond his role as DJ. He organizes an ongoing deep-listening series called Ideala, held weekly at Forestlimit (the center of Tokyo’s experimental music scene), as well as resident of the party ‚SCI FI‘ at SHeLTeR, a highly-regarded audiophile venue in the outskirts of the capital. He is a champion of local talent, often inviting DJs and vinyl collectors from across Japan to play alongside him.

ENA is a music producer from and based in Tokyo. He is a major player in the Japanese underground dance music scene for more than a decade. Taking influences from early drum & bass productions, rave sound and abstract hip hop, ENA is recognized for his tight production techniques and massive audio dynamics. Uncompromising, forward thinking and unique, his releases on 7even Recordings, Horo and Latency brought international attention and have led to collaborations with like-minded virtuosos such as Felix K and Rashad Becker which were both invited to perform on the main stage of Berlin Atonal festival (in 2016 and 2017 respectively.) and MUTEK As a DJ, he has been playing regularly in the main clubs in Tokyo such as Unit, Contact, WWW and Club Asia as well as underground haunts like Forestlimit and Soup for many years. His expert music selection and technical excellence continues to impress the audience in and outside of Japan.

Exploited Body is the alias of multi-disciplinary artist Noah Kin, currently based in Helsinki. 2018 saw the release his debut ‚Hostility‘ and the colossal ‚Contortion‘, solidifying his presence, with his tracks played by peers such as Lee Gamble, Kablam and Ziúr, among others. His second EP – ‚Threnody‘ – released via LA-based TAR, marks the producer’s departure from the club-forward sonics of his previous efforts, trading in the driving drums and feverish synths for a more obstreperous aesthetic and bringing in vocals for the first time.

A staple in the Manchester club scene, Hesska utilises her background in the city’s noise and industrial scene to inform expert selection of forward thinking club sounds and intense rave tracks. Equally comfortable crafting atmospheric ambient opening slots and relentless, thumping closing sets, her performances are a masterclass in merging seemingly disparate genres through fast, innovative mixing. As a long standing host at NTS Radio Manchester, recently taking up residency at Threads Radio and outstanding curator at Club CITS, Hesska’s journeys through the club’s sonic margins have solidified her as a legend among her peers.

Daniele Mana is a sound designer and composer who grew up in Torino. He found technology to be the best tool to overcome his lack of academic training and find his own method to write music. His works feature unpredictable evolutions and an unique relationship to melody, while writing for theatre, film and advertising alongside his artistic projects as Vaghe Stelle, in addition to One Circle – an ensemble formed by Mana, Lorenzo Senni and Francesco Fantini, and his latest project M a n a, with 2017’s debut EP for Hyperdub, ‘Creature’, which was a taut, evocative suite of beatless, almost neo-classical electronics. ‘Seven Steps Behind’ sounds like musical world-building rather than straightforward song writing. The borders between reality and imagination have collapsed on and into each other.

Founded in 2010, NAXS [Network Afterlife Existence Storage] Corp. is a Taipei-based art practice that combines a wide range of disciplines including theatre, installation and audiovisual live performance. They focus on the transformation of contemporary senses, body, desire, ritual and internet aesthetics.

Visionary London-based producer patten is renowned for hi-tech immersive AV shows and cross-platform projects, tracing a path through design, installation, film, programming, music, live performance, and publishing. Their recent work has been featured at ICA and Tate Modern in London, in addition to ongoing art direction for Dan Snaith’s Daphni alias, simultaneous ‚3049‘ art installations in both London and Amsterdam, live tour visuals for LA’s The Glitch Mob and establishing the 555-5555 web forum following their creative agency of the same name. patten’s hypermodern DJ sets explore the outer edges of new dance musics, dialling through heavyweight club sounds and styles with a prismatic energy.

‚The Nature of a Miracle‘ by Ruben Spini – SCREENING

Ruben Spini is a multidisciplinary artist born in 1994 in Valtellina, IT, although he now both studies and works in Milan. His practice is an open-format research around the themes of communicability and perception, developed in the traditions of religious poetry and information theory.