It’s not a secret neither a fortuity that lately Apparel Music has been gold-digging in the French scene to find treasures. Kerim aka KX9000 the producer, DJ and multi-instrumentalist who combines a jazzy touch with Disco and House is unquestionably, from now on, part of this group of golden gems. The way he models his House music in this EP, cruising from dreamy chords and pads to poignant Acid lines and delicate yet concrete rhythmics, from funk to disco-dance is marvellous. It starts with the astounding harmonic evolution of ‘Millennium Civic’, the opening/title track, and moves on to ‘Unusual Lines’ with its caustic, incisive acidities and the graceful but venomous vocal samples amalgamated with some gentle spacey pads. ‘Ace Of Sweets’, the closing tune: a solid beat with a slight taste of old school disco- funk and a joyful, carefree melody with some superb key’s solos to nourish the refined complexity of the composition. The EP also features two fantastic remixes: one from Ground Plane Aerial who’s version of the title track is an incredible modern Disco journey, proper crazy good stuff and the second one from Paul Cut who’s remix of Unusual Lines is a Lo-Fi gem. ‘Plaisance Food EP’ by KX9000, out in October, is yet another demonstration of how we intend to keep the musical level of our releases super high, carefully choosing every bit of music to put out there. We hope you’ll like it. 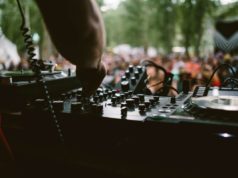 HDSN – For My People

US based atmospheric, indie pop tune ‘Zebra’ is out