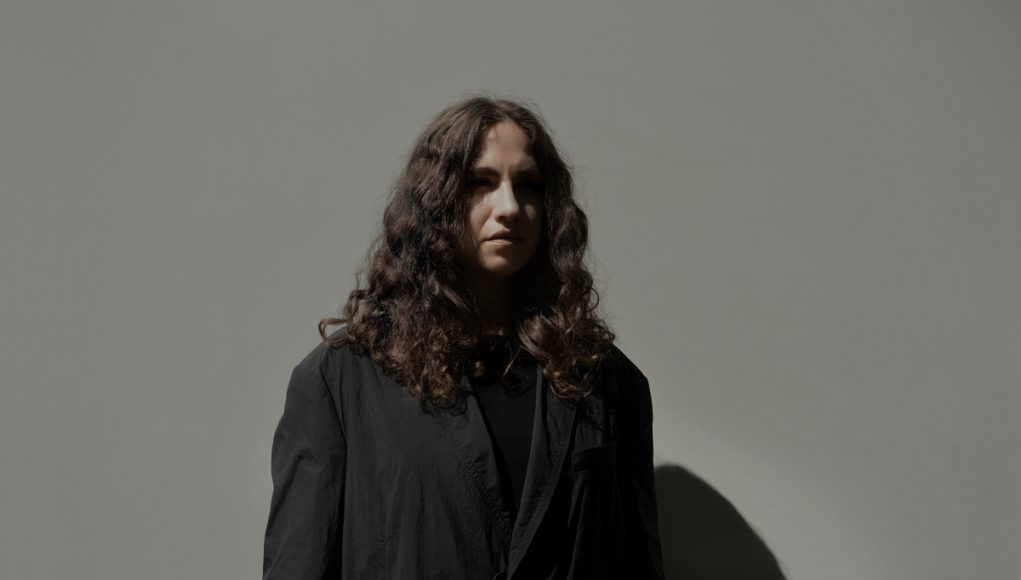 Through wetland, winters, rubble and fallout come horizons new; civilisation shattered under a vengeful cataclysm, eventually led to dawn from the light of a blighted leader. Every action has a reaction, and those who wish to prosper must first be willing to offer something of intrinsic value. As one empire crumbles, another takes its place. The struggle for a fleeting utopia comes at a cost, and those who strive towards golden gates must trek along a solemn valley.

Berlin-based artist, The Allegorist, has been meandering through stories with her purposeful and introspective take on electronic music. Each release explores themes that require joint participation from the listener as they look to flood your mind with images of fabled characters and places through her artistic soundscapes. Her carefully build worlds that straddle sci-fi and fantasy, feeding off of the light and dark dualism are the perfect blend of reflective contemplation and storytelling.

As a holistic artist, Anna Jordan (The Allegorist) encapsulates a myriad of her talents within her work. Her previous albums, Hybrid Dimensions I. and Hybrid Dimensions II., established her aesthetic and detailed fictitious stories, along with the language ‚Mondoneoh‘, a language to unite all nations. Her latest endeavour, and 4th album, The Blind Emperor, portrays the essence of a mythical land that tells of struggle that will lead to prosperity. The protagonist, Blind Emperor, leads the charge into a brighter tomorrow. Like chapters from a novel, each track allows the listener to be carried by the story. It is an epic, cinematic, choral, ambient techno album. The album combines her depictive, written and musical storytelling with a concept portrayed visually, orally and audibly to deliver another saga in her ever-evolving figments of fantasy. It comes as an entire artistic project, as The Allegorist created the album art, wrote the included story and composed a poem that all combine to tell the tale of Blind Emperor.

The Tale of Blind Emperor
Written by The Allegorist

It was once a magnificent avian wetland. An atmosphere of tranquility, a sharper light shining on hoary grass through the bleak winter are now there. There was both a soothing relief and tension in this silence. The only dirt path with an intense earthy odour was scarcely perceptible and muddy with wet decaying autumn leaves. Last night had been heavy and lowering therefore the hurrying convoy had to stop and settle down here.

Walking back the steamy breath of the horses moulded into a cloud of fog from afar. The black carriage with an imposing presence was lavishly designed. Carefully fabricated, rich and expressive ornamentation deco- rated the wheels and sophisticated embellishments covered the body. Six sculptures of graphite black cormorants were holding a heavy black drapery fringed at the bottom falling down from the top with a reflection of a greenish-blue. The shiny lacquered surface had a metallic touch although it was said that it was constructed out of wood.

For centuries the shrine had been guarded and now it was only a few days ahead.

The Sacrifice
Poem Written by The Allegorist

„For one empire to rise, another must fall.
For us to reach the highs, through dark holes we must crawl.
For the vision in the deep, we need,
we sacrifice and bleed, to make the leap.„

The opening track, ‚Redwinged Phoenix‘, sets the scene with comprehensive and earnest pads tunneling out of the darkness. The yearning cry and rumbling percussion allude to a rising sensation as if it were breathing new life. Its encompassing synths deliver an eagerness for triumph.

The second track, ‚Marching Crowd‘, has boot-like drums slightly tinged with rubbery acid to give velocity. The focused energy leads to an innate togetherness.

‚Blind Emperor‘ is introduced with sacred sounds and reverenced cries. The hallowed introduction greets icy snares and a deep percussion. It embodies the character, revered for leading with esteem and conviction.

‚The Sacrifice‘ is the lead single from Blind Emperor. It speaks about the challenges in life where a groundbreaking decision has to be made and priorities have to be set. In these moments our undeniable true core becomes visible and there will be no more lies. Sometimes our paths lead through struggle and arduous endeavours and sometimes prosperity and fulfilment follows. The track is based around a choir as it guides the listener through precarious soundscapes while strength is juxtaposed with vulnerability. The choir, made up of many voices, was carefully designed from the artist’s voice, singing in The Allegorist’s self-intended language called ‚Mondoneoh‘. Its drawn-out and somber pads divulge into cocooning yet vigorous fidelity.

The lead single, ‚The Sacrifice‘, comes with a stunning music video created by the visual artist Pawel Mielnik and directed by The Allegorist. It depicts treacherous, portentous valleys; however, their hazardous nature leads to a shrine in the form of a captivating head within a mountain. The emotion captured in its liquid eyes is enthralling. ‚The Sacrifice‘ was screened at the Nottingham Festival in September 2021 at the Savoy Cinema and won ‚Award Winner for Best Music Video‚. It was also officially selected for the Berlin Sci-Fi Filmfest, screened at the Babylon Cinema on the 5th November 2021 and was Official Selection and screened at the London Lift-Off Film Festival 2021.

The penultimate track, ‚Moving Forward‘, is fervorous with a sense of impending chaos. It has beguiling builds with an added punch while staying in line with the riveting sound design. The energy created within it has the listener in liberation but with a focused sense of direction.

Finally, ‚War Priests‘ positions the impending culmination. With sounds that translate to a battle, the track has peaks and valleys that denote a clash of titans. It has destructive elements, steamy stabs, sharp snares and cratering depth. By setting the final scene, it brings clarity and a conclusion to this mythological epic.

The Allegorist’s 4th album, Blind Emperor, will be released both digitally and on vinyl on The Allegorist’s label, Awaken Chronicles. There will be 200 limited edition 12″ Heavy Black Vinyl Record (180g) in 350g Outer Sleeve with 2-page inserts. The Allegorist designs the album art, and it is accompanied by a written story and poem, which is also by the artist. The album can be pre-ordered on Bandcamp on the 3rd December 2021 and released on the 25th February 2022.

There will be two singles leading up to the release. ‚Moving Forward‘ will be available on the 3rd December 2021, while the lead single ‚The Sacrifice will be released with its video premiere on the 28th January 2022. A remix of the album is to be expected in May 2022.