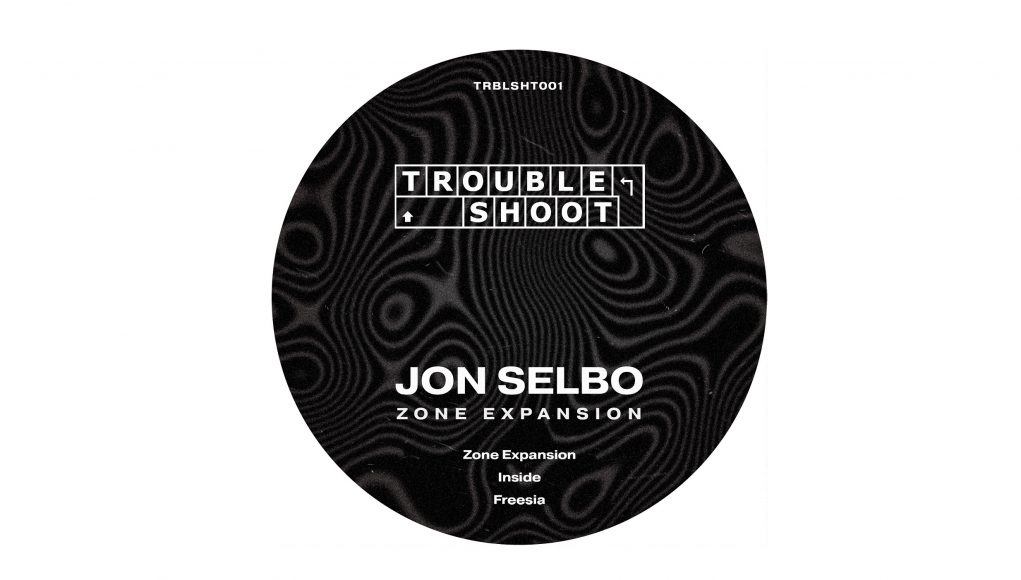 The debut release from Jon Selbo on his label, Troubleshoot, consists of a three-track EP built for the club. From rave-infused electro to pumping 140 BPM techno, Selbo keeps the dancefloor in mind at all times with TRBLSHT001, set to arrive on May 6th.

The opening track, “Zone Expansion”, sets the tone with its intoxicating chords and devilishly dark acid lines, paying homage to the rave sounds of the late 1980s and early 1990s which have heavily inspired Selbo.

“Inside” showcases Selbo’s affinity for using samples in his productions, with a distorted, chopped-up vocal laid over a driving bassline and heavily processed drums that live slightly further afield from classic drum machine sounds. The track progresses with gated pads and filter tweaks, emphasising the dark, heads-down feel of this club stomper.

The final track, “Freesia”, combines ethereal sounding synths with pounding 909 kicks to create a fast-paced, modern club track with clear trance influences. The track very much reflects the musical flavours Selbo has experienced on dancefloors in recent months and that have pushed him to explore the realms of underground electronic music even further.

Troubleshoot is a London-based record label run by Jon Selbo and Benjamin S with a focus on dancefloor-driven sounds from across the electronic music spectrum, including house, techno, electro, breakbeat, and beyond. Since its inception in 2020, the label has sought to showcase inventive music from artists looking to push the boundaries, but its releases are still heavily influenced by the rich analog sounds of the past. Troubleshoot is also a blog and a mix series, which features artists that are friends of the label and whose musical tastes align with it.