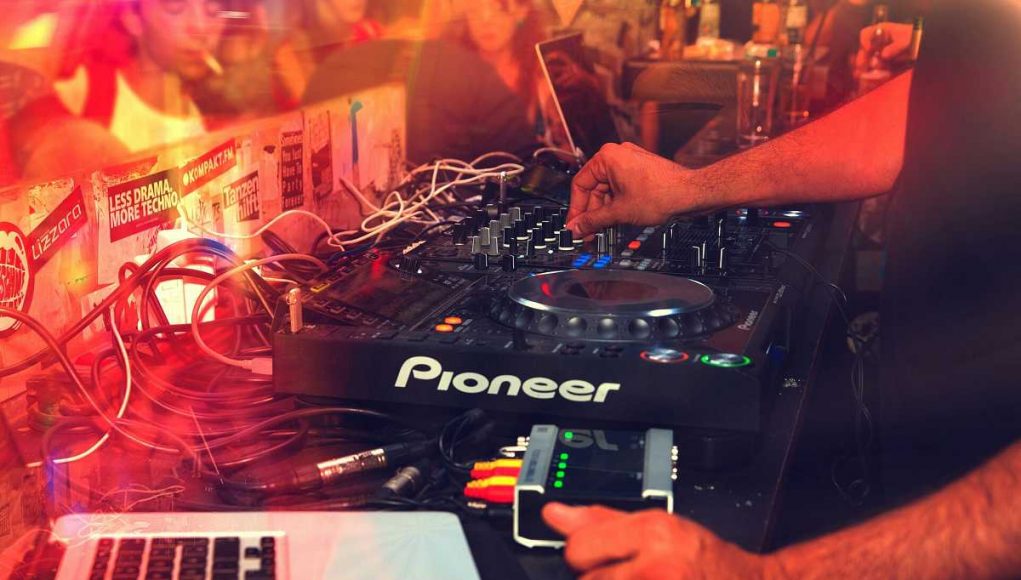 The new EP is the first record entirely written and produced by the musician, it departs from previous productions close to the trip hop genre to turn to a broader spectrum of electronic music and features Alessio Argenteri, aka Manna Man (Casino Royale, Black Job) on bass in two tracks („Akahézé“ and „Fairy Circle“) and Laura Agnusdei on tenor sax in the track „Dragon Inn.“

The release of the EP, scheduled for Sept. 9, 2022, will be anticipated on Sept. 1 by the single „Winds Of Summer Fields“ accompanied by a video clip (out on Sept. 2), made from amateur images shot by young Aleksandra Broceta during a short vacation in Amsterdam in 2014 and edited by the musician today, which sees a pair of teenagers wandering around the Dutch capital during a summer night, on a sort of formative journey of discovery of a new and unknown world. The title of the track, inspired by Emily Dickinson’s poem „After a Hundred Years,“ is meant to hyperbolically underscore the distance between those moments buried in a long gone past and the present reality.

Under the moniker Suz, Bolognese singer Susanna La Polla De Giovanni made herself known in the early 1990s as a backing singer and vocalist for Italian ragamuffin pioneer Papa Ricky. In the noughties together with producer Ezra and bassist Alessio „Alessiomanna“ Argenteri (both formerly in the ranks of the historic band Casino Royale) she then landed on an elegant and refined trip hop with the albums „Shape of Fear and Bravery“ (2009 – No.Mad Records) and „One Is A Crowd (2013 – No.Mad Records) enthusiastically received by national music critics (from Repubblica to Il Corriere della Sera, via Il Manifesto and Internazionale magazine) and numerous international music blogs. Two singles were released from his second album „One Is A Crowd“. „Distant Skies,“ made with U.S. producer KutMasta Kurt, and „Rubber and Glue,“ written with Bologna actress and singer Angela Baraldi. The two tracks were accompanied by promotional videos shot respectively by Matteo Bombarda of the Bologna-based production company Undervilla Production and Andreas La Marmora for the English production company Penguins Freckles. „One is A Crowd“ was then followed by „Lacework“, Suz’s third album, written and composed with producer Ezra Capogna (Ezra, Casino Royale, Dub Pigeon), released in 2015 by the historic Bologna-based label Irma Records, and then by „Crossroads,“ an album made in collaboration with Tunisian musician and producer Obsqure, born Youssef Labidi, released in 2019 by German label Springstoff. From the latter is the single „Land of the Free (A Perfect Place)“ linked to Mediterranea’s crowdfunding campaign, accompanied by a video by Carlotta Piccinini of Elenfant Film that received numerous awards including the audience award at Amnesty international France’s Au Cinema pour le droits Humains Festival.

Suz has performed live in major Italian cities, opening DJ sets by Bristol sound pioneers such as Daddy G (Massive Attack) and Roni Size, and has been invited to Hamburg and Leipzig as an artist representing Bologna UNESCO City of Music. From 2010 to 2014 she was involved in the dub techno project Weight and Treble, alongside Manuel Giannini (Starfuckers) and Massimo Carozzi (Zimmerfrei, El Muniria) and, at the end of this experience, together with some of the most appreciated musicians of the Bologna jazz scene such as Valerio Pontrandolfo (tenor sax), Nico Menci (piano), Bruno Briscik (double bass) and Marco Frattini (drums), she formed the Suz Jazz Quintet, a project with which she rediscovered and explored the origins of the sounds that partly inspired the main exponents of trip hop. The Bolognese singer, songwriter and composer also collaborated with DJ Katzuma, Pandaj, Black Job, TY1 , Detox, Davide Angelica and U.S. musician Justin Bennett (Skinny Puppy, My Life With The Thrill Kill Cult).