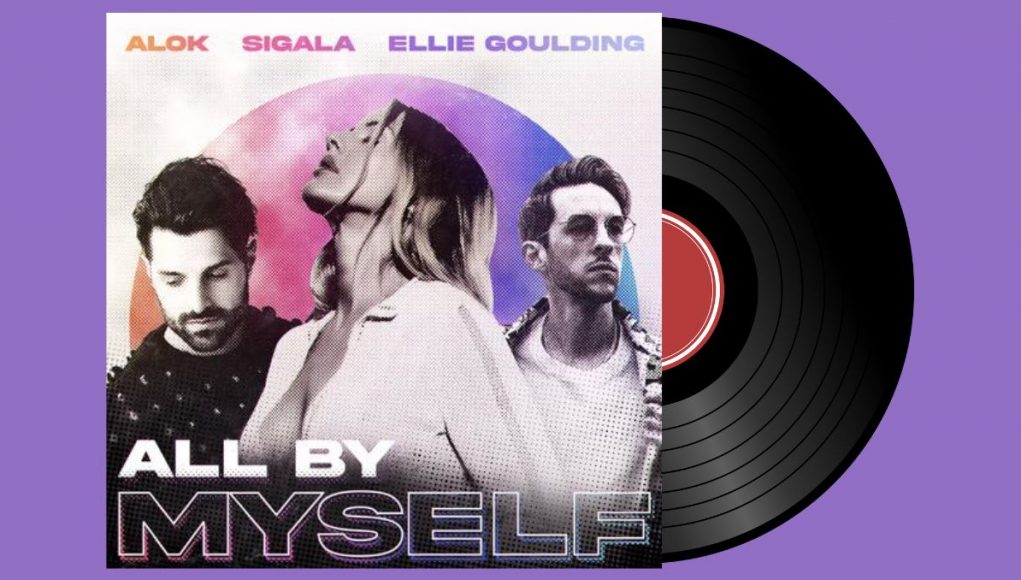 Brazil’s biggest artist and internationally acclaimed DJ Alok who is known for collaborations with John Legend, Jason Derulo, Tove Lo and more releases the official music video for his latest hit single „All By Myself“ with multi-platinum singer/songwriter Ellie Goulding and British DJ/Producer Sigala.

Released in collaboration with hearing loss awareness charity RNID, the video follows the heart-warming story of a young woman who is deaf, but her disability does not hold her back. It impulses her to feel the world around her and embrace life, all set to soundtrack of Alok’s infectious beat.

“We’re thrilled that the video for Alok, Ellie Goulding and Sigala’s new song ‘All By Myself’ features a deaf actress, Pryscilla Monroy García, and follows the story of a deaf girl enjoying a night out with her friends. Representation like this is so important to increase awareness of what it’s like to be deaf and the different experiences that deaf people and people with hearing loss have. We hope this video shows the richness of the Deaf community’s language and culture and helps to break down the barriers that deaf people and people with hearing loss face.”

Directed by Monica G Carter and filmed on location in Mexico, the video for „All By Myself“ arrives during the dance-pop anthem’s rise across the charts and airwaves. Reimagining Depeche Mode’s timeless sample „Enjoy The Silence“, who were notably impressed with the final result of the song and gave it the honour of its first clearance to be released, “All By Myself“ has now amassed over 27M global streams and is gaining regular radio play across the likes of BBC Radio 1 and more.

A rarity and an honour, Depeche Mode gave Alok, Sigala, and Ellie Goulding the first green light ever to use their “Enjoy The Silence” sample. The sample is used in the drop of „All By Myself,“ which concentrates all the elements, including Goulding’s glossy vocals and Alok and Sigala’s flawless production, which was released in October of this year via B1 Recordings/Sony Music UK/RCA Records.

Brazilian superstar, voted #4 DJ in the world by DJ Mag with a remarkable 70 million social media followers, music producer and philanthropist Alok is best known for global hit singles like „Hear Me Now” and his chart topping remix of MEDUZA’s “Piece of Your Heart,” for which he won “Best Remix” at the 2020 International Dance Music Awards. Alok was recently in New York city to launch his remarkable climate change partnership with the United Nations’ Global Compact and the Alok Institute. “The Future Is Ancestral” project helped kick-off New York’s Climate Change Week with a series of informative, international panels and a historic first-ever performance on the rooftop of the United Nations headquarters. Alok’s summer track “Deep Down” simultaneously hit #1 on Billboard’s Dance chart and is still climbing the streaming charts.

Ellie Goulding’s empowering vocals have made her a world-renowned artist and have led her to win such accolades as “Best British Female Solo Artist.” Goulding has become one of UK’s best-selling female artists with over twenty-three Top 40 singles, including three number ones. Her biggest single “Love Me Like You Do” quickly climbed the U.K. charts to number one and has over 2.2 billion views on YouTube. Her fearless and ethereal vocals have made her the go-to artist for top charting collaborations with artists such as Calvin Harris, Diplo and Big Sean. The pop superstar also sang at the Royal Wedding Reception for Princess Kate Middleton and Prince William. Her latest album Brightest Blue became her fourth RIAA certified Platinum album. Recently, Ellie performed at The Tonight Show starring Jimmy Fallon with her new single Easy Lover feat Big Sean.

Uniquely renowned for his cheerful dance-pop sound, British Artist, Producer and DJ Sigala has made a name for himself as one of the most played British DJs on UK radio. Sigala burst onto the scene with his single Easy Love, a Jackson 5 sampled track that has over 150 million views on YouTube, which quickly topped the U.K. singles chart at number one. Sigala continued to release blazing bright tunes with artists such as Hailee Steinfeld, Craig David and Paloma Faith earning him over seven platinum singles, nine gold singles and ten million worldwide sales. In 2018, Sigala released his highly anticipated debut album Brighter Days, featuring collaborations with Kylie Minogue, Sean Paul, and Meghan Trainor among others. Sigala’s album became the highest charting dance album of 2018 and received the honour of a BRIT certified Silver certification.

ABOUT ALOK
ALOK is a bonafide dance music superstar, holding the title of the second biggest Instagram following of any electronic artist globally with 28 million followers. On Spotify, Alok concentrates more than 20 million monthly listeners and almost 5 billion streams, making him the most listened to Brazilian artist internationally. In 2021, he was named the 4th Best DJ in the world, according to the prestigious DJ Mag Top 100 DJ Poll. Performing some 320 yearly shows on five continents, Alok is widely regarded as one of the most influential Brazilian artists of all time and is experiencing his breakout moment in the US. From working with and lending his remix work to artists including The Rolling Stones to Zara Larsson, from Jason Derulo to Tove Lo and more, he won the “Best Remix” award at the 2020 International Dance Music Awards for his hit remix of the Meduza’s single ‘Piece of Your Heart’ (over 223 million streams), also partnering with global pop sensation Dua Lipa for the official remix of her hit single ‘Physical’. Recently he collaborated with Grammy award-winning pop sensation John Legend on ‘In My Mind’, also with renegade vocalist John Martin, as well as lending his craft to remix multi-platinum, #1 artist Ed Sheeran.  Alok is also a recognized brand and star, having achieved huge notoriety in the gaming world as a character, with his own name, in the wildly popular game “Free Fire.” Two years ago, he created the Instituto Alok, which manages high-impact philanthropy projects in Brazil and Africa. To date, the institute has donated 10 million dollars to social and environmental projects worldwide.