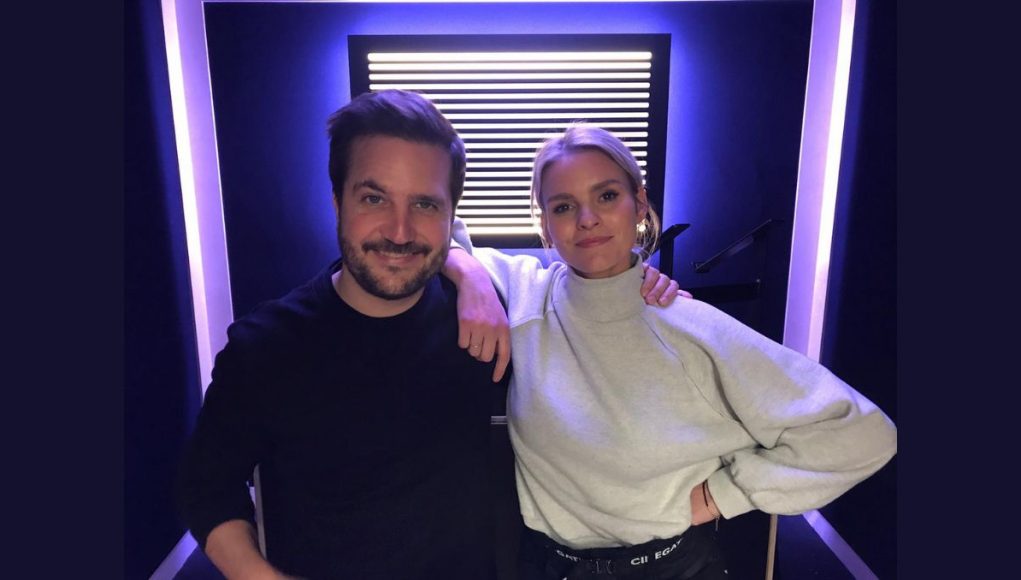 Show Down – this is the podcast about the return of live and club culture by Leonie and Julian from Berlin. Club culture has been one of the hardest hit by the Corona crisis: No one knows when some normalcy can return and how. Show Down is dedicated to the questions that the players and fans of music, party and club culture are now asking themselves. Exciting guests regularly have their say, including Frank Wiedemann, Sarah Wild and Stella Bossi. Now, on December 18, the 100th episode will be broadcast. In the context of the anniversary Clubmaps has talked with the creators.

How did you get into the cosmos of electronic music?

Leonie: I first explored the Technoscene in the 2000er when I visited the Loveparade. After a view years I got in touch with clubs like Bar25, Tresor or E-Werk. I consumed this exciting Culture for a couple of years until it occurred for me to also participate in that scene. My boyfriend at this time was (is) a Techno DJ for over 15 years in Berlin. He introduced me to the Berlin “backstage” scene – he also gave me my first ever DJ Session. I started practicing and all of a sudden I played my first gig. Just a few month later I, by accident, met my old friend Julian … the rest is history

Julian: The love parade was already a big influence for me in the 90ies – since i first heard Marusha on the radio. My older brother took me to the Love Parade and i was overwhelmed! But it quickly became a must-go…

I was always extremely hooked by the possibilities of electronic music… I went from Hip Hop to Trip Hop, to Drum’n’Bass, to Electro Clash – and in the early 2000s, something in the club culture, and in the sound changed – it kind of went “from maximal to minimal” on the dancefloors. For me, albums like Villalobos “Alcachofa” or James Holdens “Sky Was Pink” became a huge influence at that time. As a young student I lived in this shared flat with techno DJs, and it was just paradise. I didn’t leave the dancefloors since then.

And how did the idea for the SHOW DOWN podcast come about?

We had a long night out, after haven’t seen each other for over 10 years. I remember a loot of wine and stories. It was definitely a wine mood kinda moment – something around 5 o’clock  in the morning in some random bar in Berlin – and tada the idea was born. Only a couple of days later we recorded our first interview with RÜ from Sonar. At this time the idea of the podcast was more about stories, and music. We worked on it for over one year, recorded several interviews, but didn’t really find our “way”. When we finally decided to come out with our first ever episode, Corona hit the world and everything changed. So we switched and decided to create a verbal platform for clubculture, artists and curators …

How much does today’s concept differ from the original idea?

The pandemic was a starting point and some kind of reason for the podcast – but we don’t really talk about it anymore. We feel like we have discussed it enough. So our talks change to other important topics like gender balance, awareness, safe spaces, safer use – but we also love to just talk about music and the magic of festivals for example. it feels like the concept became a bit more open.

What was your most memorable episode and which one would you rather forget?

First of all, there is not one episode we would rather forget. Of course there are episodes we enjoyed more and some less – but in total we are just grateful, that our guests put so much trust in our work and answered mostly all our questions. To point out just a few highlights, definitely our friend julius from sisyphos – he is one of the owners and usually very quiet when it comes to interviews or external representation. Also very intense, our interview with Alma Linda, Fixie Fate & Destiny Drescher, Franca, Eule (fusion festival founder) or Innelea. And we also enjoyed our talk we did alone, eye to eye …  even though we had some serious arguments and fights (in front the mic) here and there – which was hilarious to listen to afterwards. David, who is part of the production team, loves it to send us edits of the most crazy outtakes.

After almost 100 episodes – what is your summary?

Well, its a constant process, isn’t it? it feels like we’re going from crisis to crisis right now, and club culture is always in the middle of it. We feel like we have painted a picture of a certain – and somehow very special – time of club culture. and we definitely wanna keep on painting it!

It’s unbelievable how many topics you’ve covered in that time. Where do you get your inspiration and ideas?

Oh thanks – as you know, this industry and culture is colorful and diverse – just packed with good storys, ideas, situations, problems, development and of course a lot of creativity and music. So the compliment goes to all the artists and people who told us their story. But in general, we research, whats happening at the moment, are there any news, releases, events etc. coming up. We collaborate with Clubcommission, talk to politicians as well as psychologists… and we get a lot of mails with themes and inspirations. So we’ll always have enough to discuss!

What are your plans for the next few months?

We’re starting with a new podcast season in January. we already have a great set of interesting guests planned – and we’re right now discussing to change the artwork, the intro track, and to include new categories for the talks. for the latter, we plan to ask our listeners for their opinion. Our last guest, for example, was a great inspiration – Falscher Hase sent us his “feierkultur musicpodcast” after we interviewed him. So music will also take place more from then on. After a little christmas holiday, we’ll be back in full flesh.

And who would you definitely like to have on the show and why?

Where to start? Well, we haven’t spoken with the Berghain gang, the Robert Johnson people, artists like Sven Väth, Fred Again, Amelie Lens, DJ Fuckoff or festivals like Melt!, Garbicz, Burning Man… there are lots of stories out there, that we still want to tell.

Where do you go in Berlin when you want to clear your head?

Well, dancing is always a good idea to clear your head, isn’t it? We both love it, obviously. Julian also likes to go to the Sauna. We also both love a good walk in the park, or a relaxing boat ride. Leonie loves to escape to some secret place outside Berlin, in the middle of a forest, next to a lake with nothing but birds and light. To be honest: Berlin can cloud your head, but also clear your head in seconds – anywhere, anytime.

What are your favorite locations?

for bars & restaurants: Würgeengel, Weinberg, Gorgonzola, Les Valseuse, Goldener Hahn, Jolesch, Agatha Hopfen, Lerchen und Eulen, Buck & Breck and of course and most chilled – all the fantastic spätis that sort of build their own little cosmos