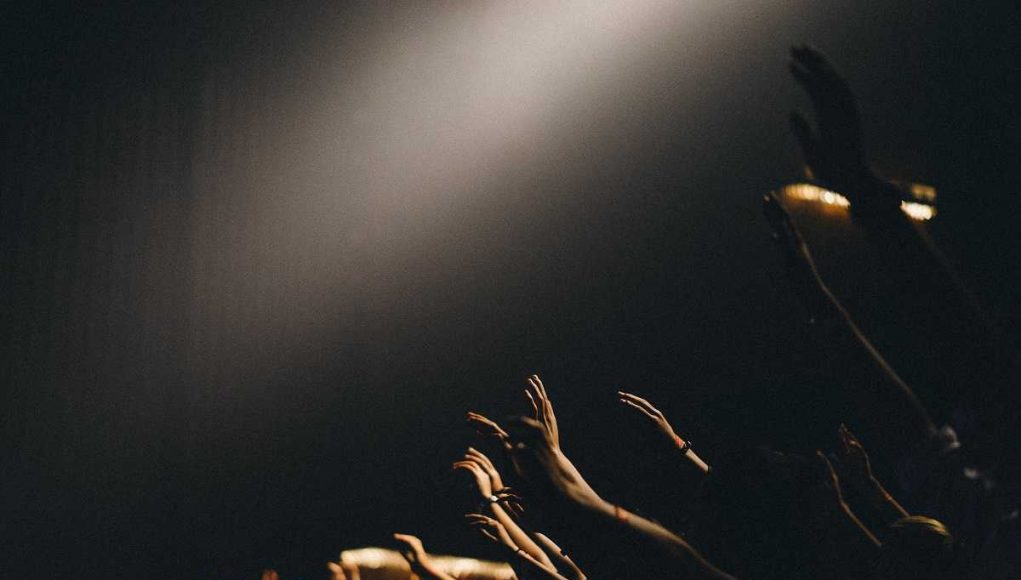 In „Continuum“ Paul Jebanasam explores “the life, power and energy present in the universe” following the “sacred music” trajectory of his previous releases Music for the Church of St. John the Baptist and Rites. His music displays an arresting glory of reverent synth organs and voices in cosmic tones, rapid-fire beats, metallic static and distortion.
In their new audiovisual show, visual artist, designer and software developer Tarik Barri provides a visual counterpoint to Continuum, a real-time window into a virtual universe where intricate self-organizing architectures emerge, interact and collapse according to unknown physical laws – all in conjunction with the sometimes massively violent, chaotic and disruptive forces within Jebanasam’s compositions. The performance takes their deep-listening cosmic artistry further in a show that immerses and disorients with massive sound and vision, ultimately letting melody and light pull us from one end of the vast universe all the way back to our tiny corner of it, where we are no longer alone.

Italian-born Andrea Belfi is a drummer, composer and experimental musician. Artfully blending the acoustic with the electronic, his performances are equal parts energetic and hypnotic, featuring long-arching soundscapes that are rich and immersive. A live performer at heart, Belfi’s music comes to life on stage where he’s built a reputation for electrifying drum solos and off the cuff improvisations. He’s been refining his current live set for a decade now, consisting of just his noble Saari drum kit from Finland, a Nord modular, and a sampler. Having performed at the likes of Centre Pompidou (Paris), Unsound Festival (Krakow), Cafè Oto (London), Issue Project Room (New York), GAS festival (Göteborg) and Artplay (Moscow), Belfi’s become known for his charismatic and engaging performances. His extensive experience includes both solo and group tours across Europe, notably touring with Nils Frahm’s band nonkeen in 2016.

For our evening he will be accompanied with live visuals by Geso, who in the last years has been deepening in his obsession with translating sound into visual patterns and colorful shapes, inspired by the concept of “visual music”, nature and otherworldly experiences.  Also known as Pablo IA (Pablo Iglesias Algora, Madrid 1977), he is an active creative mind involved in different fields of art and design. Geso is the moniker he uses for his most personal and actual work, specially focused in visual arts and art direction for music projects. Among a long list of visual performances, his work has been shown at galleries, festivals and exhibitions such as Piano Day (Waterford, 2018), Berlin Atonal (Berlin, 2014), Adobe Creative Cloud Launch Event (Los Angeles, 2014), File Hipersonica (São Paulo 2013), In-sonora VIII edition (Madrid, 2016), Maschinenfest 2K15 (Oberhausen, 2015), Applied Sound Arts (Leipzig, 2013), CutOut Fest (Queretaro 2012) and of course the last editions of Krake Festival.

A transmedia project merging organic & electronic worlds, folk & the global digital space, String Figures is inspired by the ancient and current practice of ‘Cat’s Cradle’ all over the world. Figures as leisure game, graphical art form, medium for storytelling, chanting and spiritual expression. A continuous weaving of Strings approached with hypnotic sounds, mathematical choreography, subliminal landscapes and otherworldly journeys.
Zoe Mc Pherson & Alessandra Leone make tactile meditations associated with a certain twist of the string. Each chapter explores a symbolic axis around which liminal transformations occur.  From the unknotting of the opening to the final transmission, the movements of String Figures coil around a sonic memory.