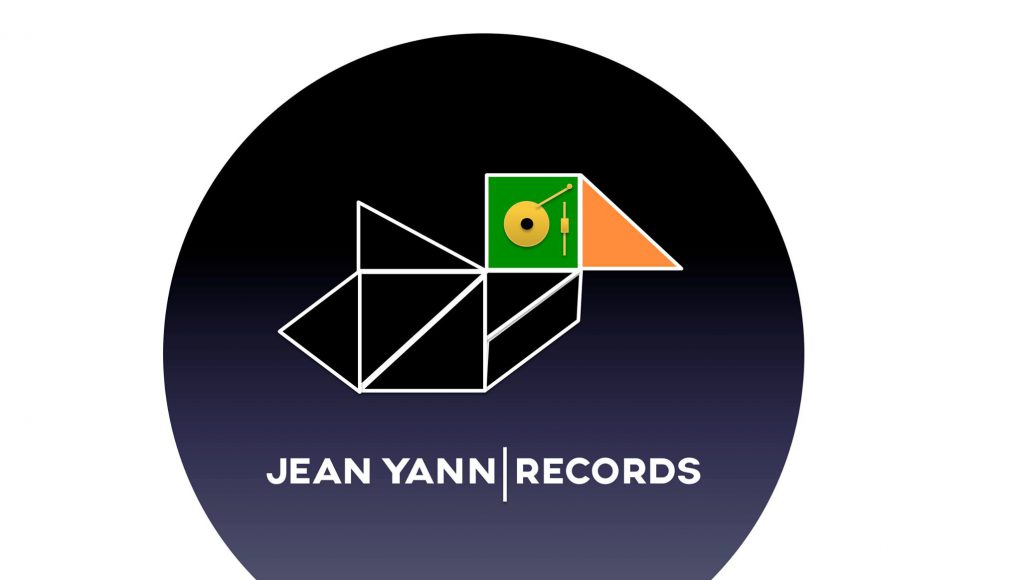 1. When did the first idea of creating the label come about?
It all happened really fast, during the Summer of 2015 in the South East of Spain, in a little town called Javea. We were at a friend‘s place for a few days to get burnt by the local ‘Sol’, margaritas down our throats, fresh fish on the grill and basically leave Paris. By « We » I mean: Yoann (Mad Shivers), Victoria (Vicky), Alexandre-Paul (AP aka Alex) and a bunch of friends from France. We were playing house music everyday during this trip and we had always wanted to start a label, to bring all our friends under the same roof for a party, to release our own records on vinyl or digitally but most of all the share the message this culture represents! A couple of us were DJs, some producers too but the one thing we were all was: ravers! Actually we still are ravers now, and that’s why we were right when we decided to found Jean Yann Records. It’s a project, hobby, passion, side-job, mistress, conglomerate, family and love that unites us all. Back then, just for fun we called each other „Jean-XYZ“. Composed names like Marie-Claire, Paul- Henri are a really ‘French Thing’ and at the time we would always joke about this! Mad Shivers (founder) was Jean-Gueule, it‘s a pun in French meaning « I Shout at », because he can be pretty loud! Alex (co-founder) would be « Jean-Ivre », because he used to drink a lot… a fucking lot! Vicky was « Jean-Coup droit » because she’s a freaking machine on a tennis court. Anyhow, you get the idea… So when the time came to name the label, we thought calling it « Jean something » would be fun. Finding the second half of the name wasn’t easy… that’s why we went for « Yann » which basically means « Jean » in Brittany. (Bisous à toute la Bretagne)! There’s a whole new story behind this, but I can’t really remember it 100%, and don’t get me started on the logo, I’ll make you write an essay!

2. Some statistics, since the label was created , how many releases, how many vinyls and how many packages/parcels have you made/send?So far we released 11 times, 5 vinyls / 6 digital-releases featuring 20 artists from all around the globe (UK, FR, DE, FI, IN). We’ve sold 800 vinyls so far and been streamed over 150K times on Soundcloud. Obviously now we are on plenty of DSPs and have charted several times on Beatport. We sent out and posted hundreds of packages full of records, merch and love all around Europe. I think we’ve printed and used more than 10 000 stickers worldwide, probably over 5000 in Berlin alone!

3. From which country do most of your buyers come from?
Europe (Germany and France) are our strongest markets, Indonesia, the USA, Russia and Brazil follow.

4. What is the release of which you are most proud of?
Hum… It’s difficult to chose one release as every new one is making us a bit more happy and proud, so it’s cliché but we would say there is no one special release that stands out. Every single one of them is a new challenge and a new achievement that we like to share with our artists and our friends.

6. Who’s in your Team?
We are 7 people in Total, 4 in Berlin, 2 in Paris and one in New York. Yeah team meetings are sometimes challenging but so far it always worked out! We have 11 residents and more than 20 artists released on the label which we consider as part of the team as well. Once you share a record with Jean Yann your basically part of the family.

7. Are you a Music Producer or DJ?
Some people in the team are DJs, other DJs and producers and some of us are simply music-aficionados with a tendency to appreciate electronic sounds (but not only).

8. Which distribution channels do you use?
For vinyls we have a worldwide distributor and we still do “shops tours” through Berlin and Paris. For digital releases we have a worldwide platform as well. Our strongest platforms are Beatport, Spotify, Soundcloud, Traxsource, Deezer and Itunes.

9. Have you ever helped yourself with buying clicks & plays on Soundcloud?
This doesn’t match our work ethic at all, we actually go nuts when we notice people doing it (for events on RA, tracks on Spotify and so on…) but ‘game is game’ I guess. One of the artists we released actually did cheat to get more plays on a particular DSP and we decided to not release him anymore.

10. Where do you find hungry and ambitious artists?
Everywhere! We can find them online, offline, by meeting in person or simply by being sent some music. It might seem archaic but we stick to analog A&Ring, we listen to the music, and really give it some thought, we don’t track IG follower counts or Spotify stream increases, even less so TikTok trends! The core idea is to always give a chance to artists that fit our values and image.

11. When you look for new music to sign what are some key elements and factors you are looking for, aside from it being a great track obviously?
The ‘hit recipe’ doesn’t exist. A banger track is not only about the music, it’s also about the state of mind of the artists behind the track and the message he/she wants to share. It’s a “package” and we measure it by seeing how people react to it. We always strive to improve the quality of our releases, to do so we consider a plethora of elements such as: production technique, sonority, message, vocals, spirit and sensation. It’s a metaphysical thing.

12. How would you describe the style and vision of your Label?
A strong family label focused on electronic music.

13. What are some sites or apps that you use to listen/ find new tracks?
Like I said, we sometimes go analog and just go see artists at Gigs, otherwise we use a ton of online sources such as: Soundcloud, Youtube, Beatport and Spotify just to name a few. Obviously our favourite method to find new tunes, is simply going digging in our local record stores!

14. For producers out there sending in their demos via emails, what are some tips you would give them on professionally sending in their track to you?
Every demo is welcome! We listen and answer to most of the demos we get → demos@jeanyannrecords.com A lot of artists are sending us demos but only a few are explaining why they want to be released on Jean Yann. Context and motivation are key factors for us. Good and professional producers always keep in mind why to release on a label and why they want to work with this label. Today we have the impression that more and more artists just want to be released but that is not enough for us. We always establish a strong and sustainable relationship with every single one of our artists. So it’s important to structure your message and think why you want to be part of the duck family. Oh, and don’t send bad quality music obviously, people sending anything under a 320 or wav file can’t be serious

In Jean Yann we trust.