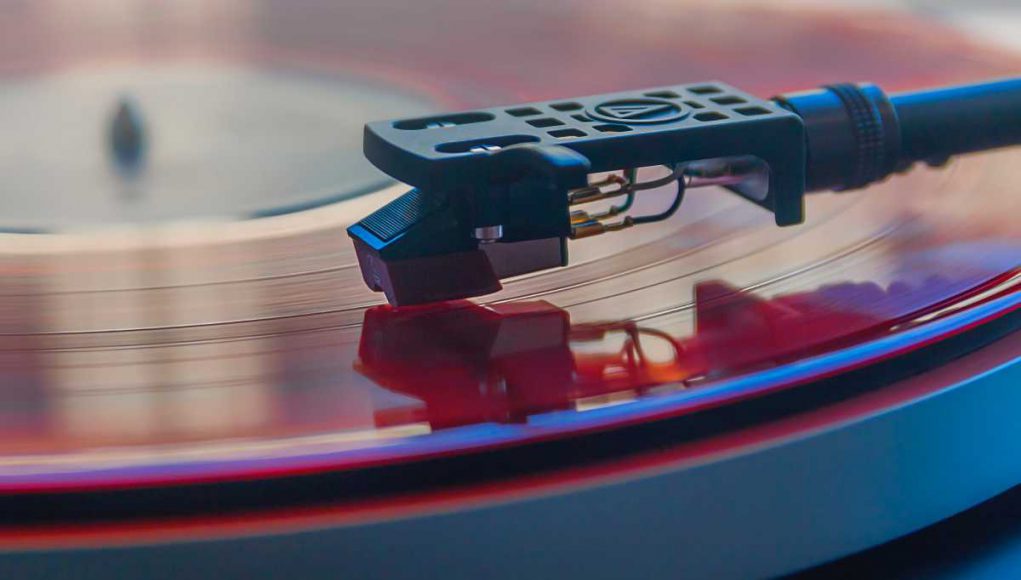 Responsible for delivering works like Love Is Hell (2014) and The Outsider – 37th in our list of The 50 Best Brazilian Records of 2016 – the brazilian producer Luis Fernando is back with a new studio album under the title ^L_. In Ghost Flags (2020), a work that is distributed by the German label Antime Records, the artist follows where he left off in the last historical records, such as the most recent Postbrutalism (2019), a project that had the collaboration of Bad Stream and,of course(trocar por um sinônimo para não repetir a preposição 3x. Sugestões: obviously, naturally, evidently), of the material released in the experimental Sex, Violence, Noise & Silence (2018).

In Ghost Flags, ˆL_ continues to test the limits of the work itself. It’s just over forty minutes in which the listener is invited to lose oneself in a universe of dense environments, noises and tracks, marked by the weight of the beats. This is the case with Ali S. Khan’s growing “Preparedness 101_ Zombie Apocalypse”. It’s almost nine minutes of pure experimentation, use of atmospheric themes and meticulous inserts, a structure that ends up reflecting itself in other moments throughout the work, like in the metallic sound of Placing Bets with Mothman and in the small layers of the ultimate Quetiapine.

In 2015 L_ embarked on a successful, two-week long tour Germany with his label mate Antime AAAA and released the dancefloor-orientated more EP ‚The Outsider‘, through Antime Also, in early 2016. Apart from his work as a producer, Fernando regularly hosts workshops on sound design with a focus on film and radio works. Fernando started making music as a young teenager, citing bands like My Bloody Valentine or Nine Inch Nails the inspiration for his first Shoegaze-leaning excursions in the music world. The older he grew, his taste and his own varied output Became Increasingly eclectic. Nowadays, L_ works mostly digital and oscillates between film score-inspired sounds, acid Techno, Noise and abstract electronic music.

Coming out the Brazilian music scene, Luis Fernando, known as ^L_ is a personality worth learning more about. Early on, as a teenager, Fernando started making music, drawing on the sounds from bands like My Bloody Valentine and Nine Inch Nails. The exposure to those two bands would prove to be the inspiration for his first Shoegaze-leaning excursions in to the music world. Like most musically inclined people, the more music Fernando was exposed to, regardless of genre, the more eclectic his tastes and visions for his own compositions would evolve. Over the years, this has proven to be the case, as Luis would go on to work in the digital music realm, scoring and producing soundtracks for films, as well as experimenting with the sounds of Techno, Acid, Noise and the abstract. His debut album “Love Is Hell” was released in 2014 on the German imprint Antime followed by many remix projects that would go on to compilation inclusion, most notably, “Hy Brasil Volume 7” chosen by one of Brazil’s most respected Electronic Music figures, Chico Dub. Since then, his discography has grown to include additional recordings for Antime, along with projects for Del Sol Music, MTDN Records, and Spice Vinyl Records.

Luis is known to be an avid researcher and a master of the art of sampling, in which he has built a large archive to pull from. Additionally, he recognizes the importance of capturing field recordings and how those sounds can be applied to song composition. A very interesting trait about Fernando is the fact that he is not one to shy away from social injustices, religion or philosophy. Fernando simply transfers his “disdain” for these topics to the music he creates, which easily and effectively communicates his feelings. This bold approach to communicating controversial subjects through his music caught the attention of reputable global media outlets like Thump and Vice, among others, to do editorial and interview features and reviews of his music, giving him wide spread exposure in major hubs for cutting-edge electronic music, including Berlin and New York City. Here’s to broadening your minds, through your ears.