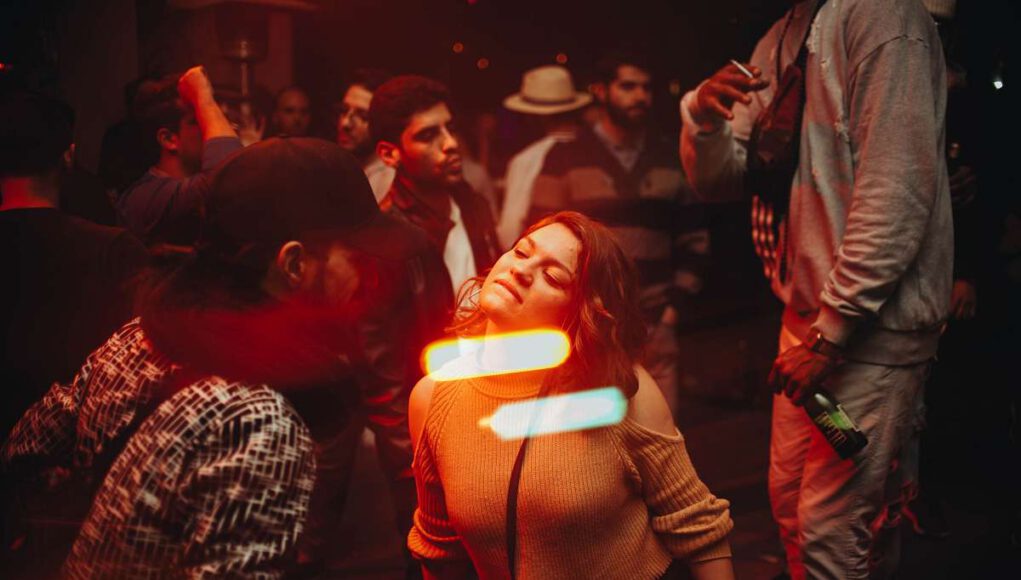 Passionate synth-wizard and live performer Julia Bondar brings us the evocative new ‘Industrial Symphony’ album on her Endorphin.es label which compiles a 12” LP of 7 spine-tingling tracks. Focusing on the extraction of orchestral sounds from her modular synth system, this record showcases Bondar’s prowess in creating jaw-dropping soundscapes from her mechanical instruments, all the while using her music to explore provocative societal concepts.

Treating her modular as her orchestra and herself as the conductor, ‘Industrial Symphony’ ponders the idea that the new form of classic composition that we are growing accustomed to is one of synthetic and industrial nature. In her own words, Bondar explains that the most important message of the record is:
“Direct your symphony and feel the liberty of self-expression. Do not play on the safe side. My symphony is industrial. It is a tribute to today’s cultural spirit and love for synthetic sounds; a blend of techno rhythms and dark pop; a modern symphony that calls to a dance floor”

This record is a sensational amalgamation of industrial drones and echoes that layer over one another, infectious dark basslines, and enchanting looped beats that steal the central focus and drive each track into haunted oblivion. Delivering a constant stream of gothic and hypnotic themes, each track contemplates a message that Bondar wants to address or a train of thought that she wants to invoke.
‘Strength In Softness’ preaches the need for a society which centres on the power of kindness and dismantling of the patriarchy. The track comprises an ironically imperfect distorted sound and a detuned melody which is reflective of the power being stripped away from societal norms.

‘Fire’ is the brainchild of a powerful collaboration between Bondar and the acclaimed instrumentalist, songwriter, performer, sound designer, and composer Nero Bellum hailing from Los Angeles. Having bonded over their mutual adoration for gothic industrial music, the duo presents us with this awe-inducing track that sends chills down your spine with an up-tempo serpentine melody and sinister mechanical sounds that echo in the background.

‘Running With The Wolves’ plays with tensions and leads us into a race between musical moments that challenge each other for attention. As the first track Bondar recorded for this album, it is symbolic of the importance of embracing competition and seeking motivation from being up against the strongest competitors in the pack in order to succeed in life and in the music industry.

‘Power Of Presence’ introduces itself with an energetic concoction of bellowing noises and relentless drones, and a series of scintillating percussions grab the attention as the track develops, representing Bondar’s desire to awaken confidence in her audience and the power of the artist to control the energy in the environment of their listeners.

‘Overflowing’ begins with an impending sense of mystery and hopefulness, the energy builds as different sounds enter the scene and the groove of the miasmic melody implores you to indulge in that hesitant belief that good things are overflowing in your life.

‘Best Intentions’ bears an evolving and highly invigorating melody, which is reminiscent of an innocent human being beginning with lightness and purity and then embracing a hint of darkness, all the while maintaining their best intentions.

‘Inner’ acts as the ultimate subdued outro to round off this intoxicating record. A sombre slow melody plays over a reverberating base drone and gentle chugging rhythm, which is representative of Bondar’s notion that darkness is not necessarily inherently malevolent but rather it emulates the importance of the deepness that lies within us.

Julia Bondar has amazed once again with another show-stopping record that delivers her signature industrial sounds while invoking a level of thought in her listeners that imprints on the soul, demonstrating her innate ability to manipulate her modular system to create ever-evolving musical concepts in new territory.

„Industrial Symphony“ is Out Now via Endorphin.es Production!