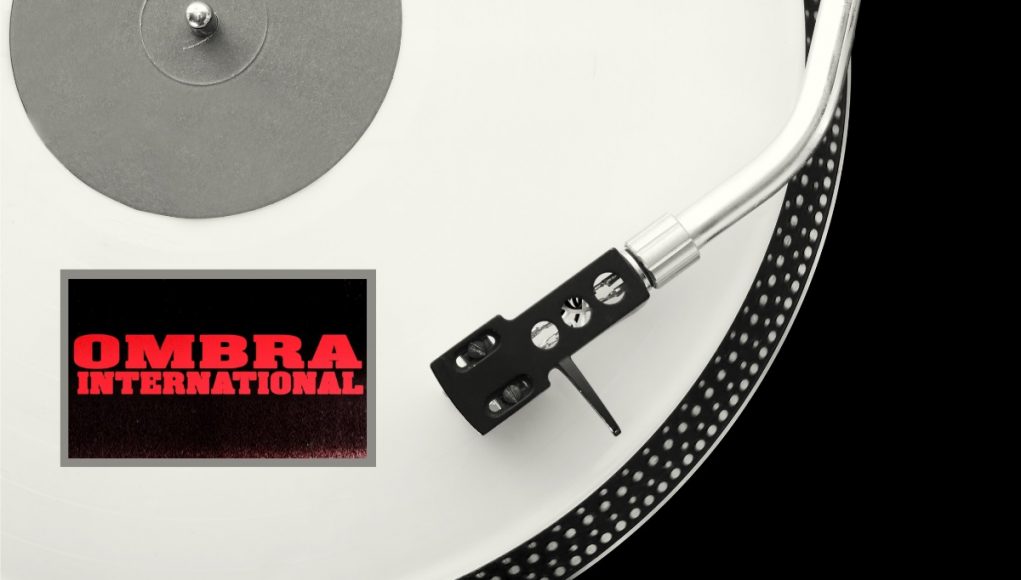 After years of running various labels with multiple partners, I wanted to launch a sub-label that was strictly personal to my niche passion for 80’s New Beat and Acid mixed with Post-punk and other wave/Guitar music and solely run the imprint myself. Bringing artists together from different countries that I got along with on a friend basis, and also musically share the same taste for the niche 80s, eventually grew into more than a sub-label and Ombra International became an independent imprint.

In the beginning, we began as a vinyl only label, but eventually the digital demand grew and we are more selective now with what we press. As of now we have only done 15 vinyl releases, but are up to our 24th release as a label.

I couldn’t tell you exact numbers on shipments right now, but we work with Prime Distribution in London, and they do an amazing job with the distribution for the physical and digital. We keep each vinyl super limited to 300-500 copies.

Spain, France, Germany and UK are the biggest right now.

Ever release has a special energy. When I sign a track, sometimes I will hold onto it for months before knowing which release it will go on. It’s important that every artist on the EP share a common thread sonically with each other. I love creating this dialogue and unity .. bringing different artists from different countries each one the same V/A.

Haha “Office”. I juggle between touring as Curses (live and DJ), and also doing all the artwork and video for the label. The typical day can mean I am uploading release assets backstage before a gig or in the airport when flight is delayed. Ombra International is a passion project, and sometimes that can be a bit overwhelming, but always worth it.

There is a core roster of artists I consider part of the team. Artists like, Skelesys, Günce Aci, Mufti, Amarcord, Dual Parts… personally, I am a musician, producer and DJ.

Prime Distribution does all of our Physical and Digital.

Video is super important with each release, to help build a story, and mood with the music. So yes, YouTube is a big part of our releases, every release has its own video tale and under the D’Oro UNLMTD singles series, I have been doing individual music videos as the music is more song based and less club-focused.

Absolutely never. I come from a punk DIY background in music. It may be slower and more frustrating at times, but I believe letting things grow naturally is always better in the long run.

Touring has been my best way to find new music and artists to sign. I tend to go earlier to hear the local acts or Dj’s when I have a show. This has led to discovering many of the artists I release.

The music is niche. Its not pop, its not mainstream club music. So, economically speaking it could aways be better. I have learned that instead of fighting the system of Spotify and streaming platforms, its better to embrace and learn how to evolve with the future. This is why we launched the D’Oro UNLMTD sublabel. Which focuses more on songs you can listen to at home or in your car. Not only for the club.

If I hear something that makes me wish I made it myself, then I know its gonna have legs and last and blast an impact on others. It is also very important to me to have a personal connection with the artists, so I rarely will decide to sign something until I meet them in and feel. Good chemistry or bond.

Next Wave Acid Punk for the not so distant future past.

Bandcamp is always great to find new and old music.

Is the demo definitely the right fit for the label? Especially with such a niche sound, sometimes I am surprised when I get a Tech-House or trap demo. Haha sending blindly to a bunch of labels, isn’t the way.. I listen to all the demos sent. It may take a while to reply, but if there’s sometimes a little message. With some background on the artist and music and why Ombra INTL would be a good fit, I am quicker to listen.. I think the main thing is… have patience. If it fits, I will let you know!