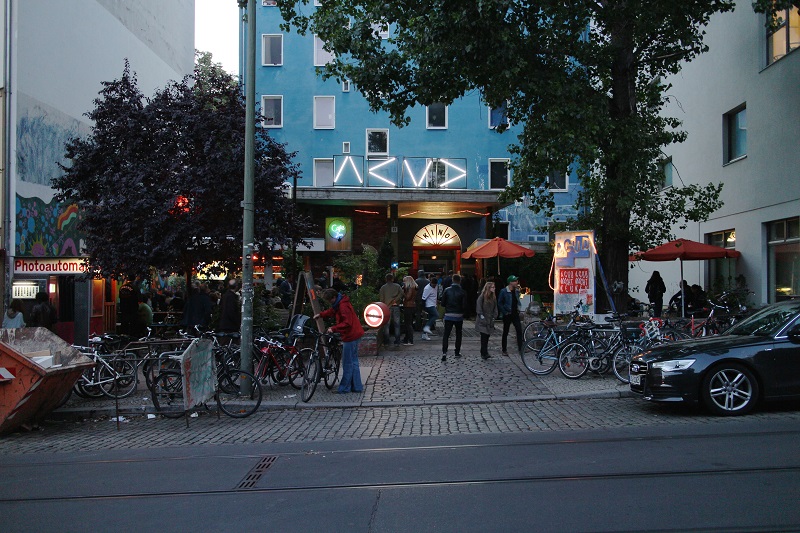 Sénégal, on Africa’s most Western tip, has bred what many consider the most complex and beautiful percussion style in all of Africa, Sabar drumming. Today it can be found at the roots of the country’s very own dance music, Mbalax. On occasion of the release of his new album with the Ndagga Rhythm Force, legendary producer Mark Ernestus is going to rock the floor with his favourite Mbalax tunes from the Nineties and early Noughties. DJ support comes from DJ Matar and host Florian Sievers. We are going to start the evening with Djibril Diop Mambéty’s avantgarde movie “Toukie Boukie” (Dakar, 1972), and a short panel interview about the current situation (politics and culture) in Sénégal. Plus proper Sénégalese food by Diack West African Catering.

“Toukie Boukie” (1973) by Djibril Diop Mambéty is considered Africa’s first avantgarde movie, a psychedelic rendering of a Bonnie & Clyde story set in Sénégal’s capital, Dakar. Not lacking secenes of heavy Sabar drumming (and slaughtering of animals, beware), it is dealing with very contemporary topics like modernity versus tradition or emigration from Africa to Europe.

Sénégal (from Wolof language for “our canoe”), the politically stable, mostly peaceful and predominantly Muslim country in West Africa, is currently experiencing an economic upswing based on oil, spreading hope and optimism among many of its people. Where do the food, movie and music we are going to experience this evening come from? How is the situation for artists in the capital of Dakar? And how serious are recent Al-Quaida threats against the country to be taken? Sénégalese Mbene Diatta Seck of Ndagga Rhythm Force, the Sénégal rooted Diack and DJ Matar plus Mark Ernestus, who has been recording music in Sénégal’s capital for the last five years, discuss the current cultural, social and political situation in the country with host Florian Sievers.

MARK ERNESTUS (ndagga rhythm force / hard wax)
Mark Ernestus is the founder of the legendary Hard Wax record store, which in 1989 laid the foundation for Berlin’s electronic club music scene. He played a key role in establishing the Berlin-Detroit nexus, and started creating music as one half of Basic Channel (aka Maurizio, Rhythm & Sound), with its deep, immeasurably influential hybrid of dub and techno. In 2011, he began collaborating with some of the Sénégal’s top percussionists, musicians and singers resulting in Mark Ernestus’ Ndagga Rhythm Force (initially under “Mark Ernestus presents Jeri-Jeri”) — releasing on his own Ndagga label. On the occasion of the release of the second album with his works from Dakar, Ernestus will play some of his favourite Mbalax tunes – stringent repetitiveness meets rhythmic complexity.