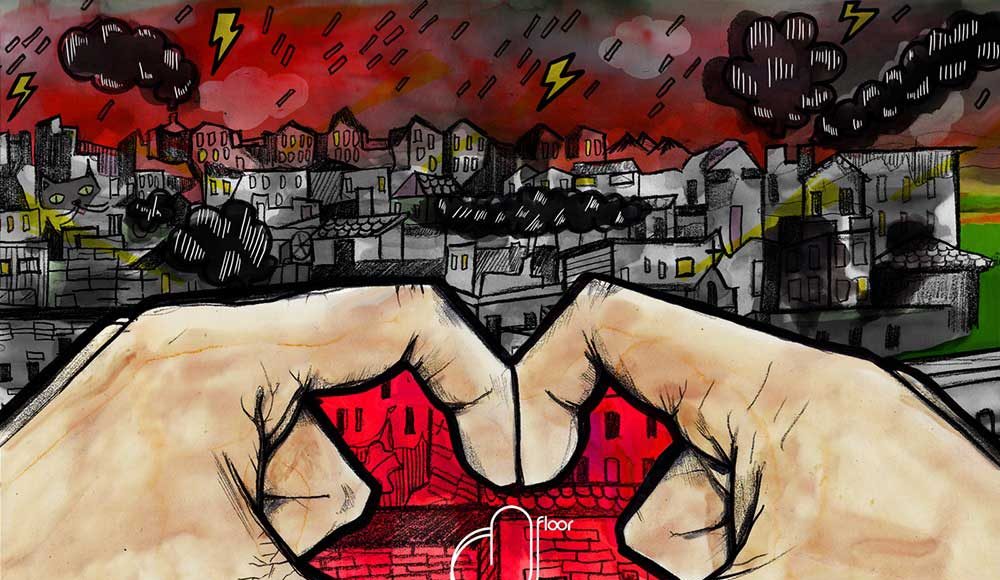 D-Floor Music is a record label devoted to House music with roots in the Italian club scene. Set up by Leon and NiCe7 the founding members could collectively be described as the Italian electronic music mafia, with each of them being a leading figure in the countries music scene.

This release compiled by NICe7 features three new remix versions of the Claude VonStroke and Andrea Di Rocco hit record “LFO I Love You” which has been licenced from Claude’s label Dirtybird. Along with Andrea Di Rocco’s solo version, the release also features individual remixes from David Mayer and NICe7.

Claude VonStroke to most fans of electronic music needs no introduction, as ever since his seminal track “Whose Afraid Of Detroit” he has been at the forefront of DJ culture. Having compiled mix CD’s for leading compilations such as Fabric and At The Controls, he has also released a number of top selling albums, and been on the front cover of nearly every music magazine in the world.

Teaming up with Claude to produce the original is Italian born Andrea Di Rocco who hooked up with D-Floor when he was looking for a label to release his own solo rework of with “LFO I Love You”. Andrea Di Rocco who also boasts solo releases on Alex Niggemann’s label AEON plus UMEK’s label 1605, and for his solo rework of LFO I Love You he has reshuffled the original parts and toughened the percussion lead by some prominent tom drums.

Also on the release is a remix from label boss duo NiCe7, which is the production alias of Nicola Daniele and Cesare Marocco. Along with previous appearances on D-Floor they can also be heard on Noir Music, Defected and Toolroom. Putting their stamp on LFO I Love You, the pair add their own acid bassline that becomes the tracks main focus. Pulsating with energy, the NiCe7 remix is packed with dancefloor heat and intense excitement.

Finishing the remix pack is German born David Mayer who is one of the founding members of the infamous Keinemusik label where he has released much of his own music, but his music can also be found on labels such as Terminal M, Kompakt and Get Physical. Keeping much of the original version vibe and fee his remix is all about the cow bell, which when written down might sound like an odd description, but to listen is to love, and once you hear the track you will understand exactly what we mean.