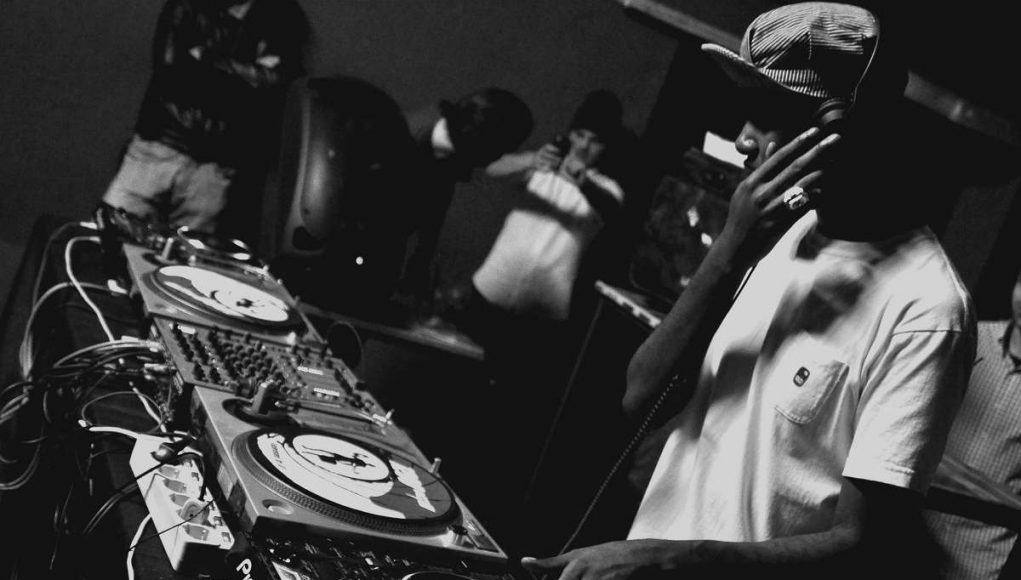 Paradox: a doubtful statement or proposition that when investigated or explained may prove to be well founded or true.

When a spark ignites between two musicians, the state of flow can be achieved. Usually, a fleeting sensation, but when captured, it is an unstoppable force. The coming together of Jeff Mills and Jean-Phi Dary came from a collaborative project with the late great Tony Allen and created chemistry instantly. Both being cognizant of the skilled innate improvisation that was happening in small jam sessions, they conceived the concept for their collaborative project: The Paradox. They believed that this uncompromising freedom and the manifestation of new ideas allowed them to reach a higher level of spiritual consciousness within their work. Recorded in real-time; these compositions reflect captured spontaneous actions which concede honesty and truth.

Jean-Phi Dary is an enriched musical soul of Guyanese descent. The French artist has rhythm infused with his being, taking influence from his father’s taste in Afro Cuban and Kompa music, in which he fused with his desire for jazz, reggae and funk. This melting pot of rhythm manifested in the organ initially, before playing bass in a Caribbean orchestra. The multi-instrument musician had an indubitable flare for keyboard and piano and began to make waves in clubs in the 1980s in the south of France before moving to Paris. Proving to be the catalyst of his musical journey, he has played and collaborated with the likes of Papa Wemba, Peter Gabriel, Paco Sery and Phoenix. With a career spanning decades, it has taken him everywhere playing afrobeat, jazz, soul and a plethora of others, all the while contributing to over twenty albums.

Jeff Mills is known the world over, performing in nearly all four corners of the globe. Cutting his teeth during a legendary precursory period of techno in Detroit, as The Wizard, he became an influential figure with the Underground Resistance. Mills soon took shape as a multifaced artist moulded by his passion for space and science-fiction. He launched the legendary Axis label in 1992, and his reach started to broaden over the occurring decades. A mercurial talent, he has countless collaborations such as Emile Parisien, Mikhail Rudy, Mari Samuelsen, Jean-Michel Jarre and Tony Allen, over a myriad of fields: cine-mixes, orchestral concerts, DVD projects and performances in prestige art institutions. Critically recognised by his peers, in 2017 he was bestowed an Officier of the Order of Arts and Letters by ex-minister of Culture Jack Lang at Institut du Monde Arabe. These distinguished honours were due to his contributions to the Arts and whose work has immensely enriched French culture.

Lee Shields
How the group formed: “The idea to create this collection of tracks and album is an extension of the collaboration I had with Tony Allen and Tomorrow Comes The Harvest. Jean-Phi Dary was the keyboardist in that project. At the sound and line checks before performances, the best way for Jean-Phi and I to check to make sure all equipment is working correctly and that we become mentally in-sync was to have small jam sessions after everything was set-up. During this period, we would just create music and improvise to point of finding a groove that we both felt was special. Then, we’d enhance, modify and situated it to be the first track we played when the show began with the inclusion of Tony Allen. Literally, these tracks would be made in a matter of minutes. We noticed how easy it was that we could create together so freely. This lead to having conversations about going into a studio to record some of these ideas for an album and project. Over the course of about one year, in various recording sessions in and around Paris, we recorded a large amount of music. “Counter Active” album is the first part of two parts”. Jean-Phi is a master musician. This means, a multi-perspective thinker and person that knows the theory and technique so well that it becomes literally, a second nature. Things like key words, colors and shapes are all used in conversations. Sometimes, the conversations we had weren’t about music at all, but subjects would also play a small part in the way we thought when we played together.

About Recording: “We recorded the music spontaneously and without preparation. Even in some cases, the drums were laid down first so that I could be as unrestricted as possible. No MIDI connection or computers were used in the production. A concept and direction would be imagined and we would both address as best we could with what we had at our disposal. Because of the COVID 19 Pandemic, mixing down the tracks was an obstacle, but we manage to complete the tracks from a long-distant process between the cities we and the studio engineer lives. Over the course of a few weeks, we were able to complete all the mixes to our satisfaction”.

The album: “Counter Active is designed to show an example of two minds joining together without compromise or without any creative conditions. There were no barriers when recording. The music represents who we are and exactly what we want to say. The title “Counter Active” represents the task of having an initiative. A plan and blueprint. The front cover design was actually made before the music was final. In fact, it was this image that we used to remind ourselves of the boundless freedom we’re dealing with”.