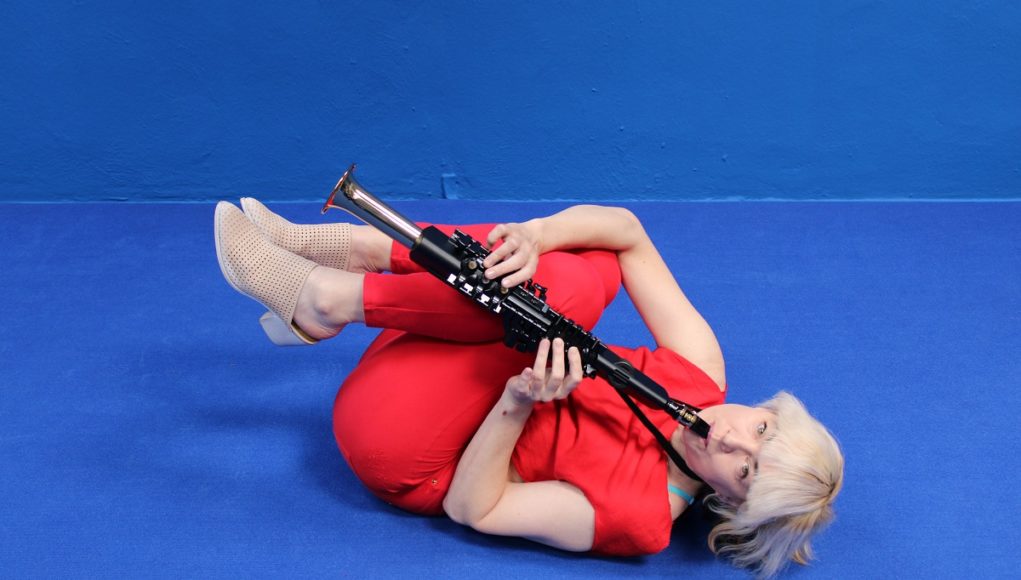 Robots which we love, surveillance, whales, time and urban meanderings are the subjects touched upon on the debut album by VooCha. These subjects are not a breezy mentioning but have been months long projects for the members of the loose group based around the artist Melissa E. Logan. As VooCha sculpts the subject matter, the sound is layers of house and break beats, a framework in the playground of dropping lyrics, respect given to intimacy and spontaneity.

Within the veneer and seduction of EDM the listener is pulled into sound, fragile lyrics and alluringly lyrical content. The comfort of base drum carries, takes a turn, off beat and then can drop out leaving the listener on a broken limb. The obvious takes on a philosophical dimension with ‚Everything Changes when everything changes, when everything changes, then everything changes‘ VooCha did not need to sit in university to write these lyrics, but rather it is puzzlement about the present generation growing up knowing that the world can be one way, and very, very different in the next moment. Structures can collapse, shift, the world as a whole, that is, the human part of the world is more Malleable, form-able, changeable, shift able, as a whole than assumed in pre-pandemic times. The lands can sink, and we can be back in the sea with our cousins the Cetacean, the mammals, a part of our family which perhaps formed our limbs, lungs from gills, as the mammals separated, developing in various ways to walk, swim, hunt, breathe. In this way retaining a form, Timothy Morton refers to as Loop in Dark Ecology‘ Ecological awareness is a loop because human interference has a loop form, because ecological and biological systems are loops. And ultimately this is because to exist at all is to assume the form of a loop. The loop form of beings means we live in a universe of finitude and fragility, a world in which objects are suffused and surrounded by mysterious hermeneutical cloud´of unknowing.‘ VooCha poetically rides on the loop, lowering the gaze embracing finitude and investigating, extending feelers for a way forward perhaps less obvious.

With the release, VooCha is not only Anthropomorphism of the Cetacean but also the wolf, as Yohanna Logan from LA drops lyrics with her bright, light soprano voice. The robot is celebrated in ‚Frankenstein in a Mini Skirt‘ produced by NLLY (Cologne) and ‘Bottom Bot’ by Eric D. Clark including Arabic calling to the robots by Janah Salah, Spanish lyrics by Cecilia Candia (Cologne/Saniago). Another notable guest artist, Erobiqu’s piano playing on ‘Everything Changes’, with an introduction into the song by Ouro Renate. VooCha makes a splash, and the rings expand to include releases on the NFT platform Foundation. VooCha dives happily into the next wave of music distribution systems with smart contracts and
transparency to provide the many collaborators their fair share. Are we digging through the age of murky streaming platforms who’s stingy trickle down has made music making into an occupation for the privileged or for music biz cartels?