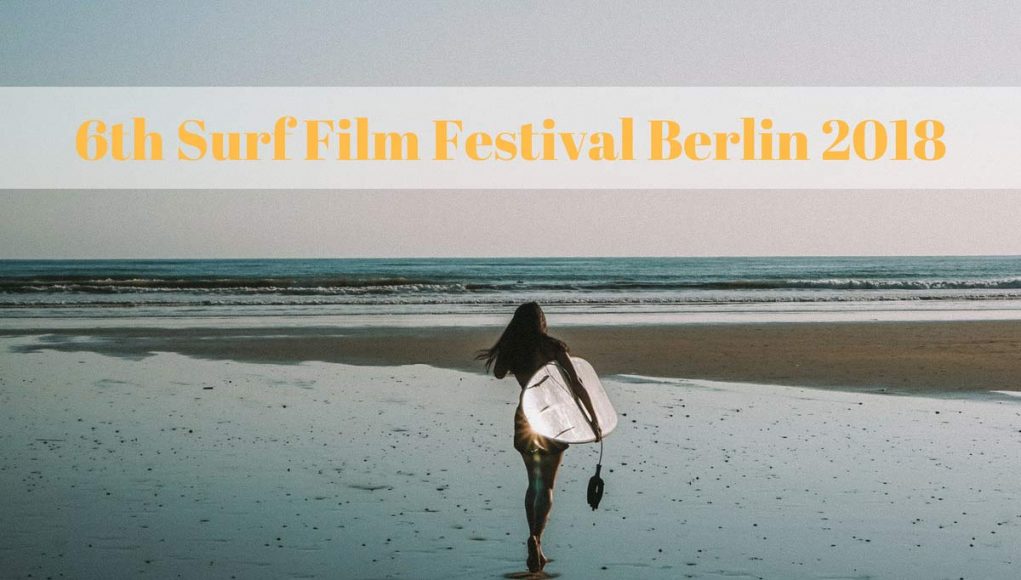 Bonjour everyone – welcome to the festivals 6th edition

PROGRAM:
As in previous years we’ll move around the city, each night a new location. This year we added one more day, the festival starts on monday july 30 at FREILUFTKINO HASENHEIDE with a highlight, the Surf Film Nacht Open Air Berlin: Andy Irons-Kissed by God

Thursday august 2 sees a guerilla screening of the European premiere of Patagonias NEVER TOWN on Kastanienallee in front of Langbrett Berlin.

Friday august 3 means we’ll move into the heart fo the festival: The door of our amazing location Zwei Drei Raum opens at 7pm, and we’re proud to showcase all elements of surf culture:

Some of the most celebrated surf films of the year, such as
– BUNKER77 presented by famous director (and pipe charger) Takuji Masuda from L.A.
– the German premiere of Perilous Sea,
– A cluster of three 20-minute-films features the premieres of TAN by Alena Ehrenbold, NAUSICAA by Luca Merli, RAIL ROAD by Nic von Rupp and FROM LOST TO THE DESERT by Chechu Pajares.
– the European premieres of PRIBOY – SURFING RUSSIA and
– DAKAR SURF CITY presented by the directors,
– the German premiere of SECRETS OF DESERT POINT,
– A energetic live gig by Acuario Cósmico + surprise act.
– our legendary NNO-party, this time hosted by DJ 75
– and a very special guest: Pulitzer prize winner WILLIAM FINNEGAN will fly in from New York City to hold a reading of his amazing book BARBARIAN DAYS.

– Benjamin Sanchis and the crew are with us to present VAGUE A L’AME, a stunning documentary about conquering the worlds biggest waves.
– German director Dörthe Eickelberg will present her female surf documentary Chicks On Boards.
– Award winning aussie filmmaker Stephen Jones sends us the European premiere of his beautiful work TRUE FLOWERS FROM THIS PAINTED WORLD.
– The highly anticipated ANDY IRONS – KISSED BY GOD delivers intense, gripping doc noir about one of surfings greatest.
– Lee-Ann Curren from Biarritz will play a wonderful concert, before a surprise guest and our wild closing party will round up a week full of good vibes.