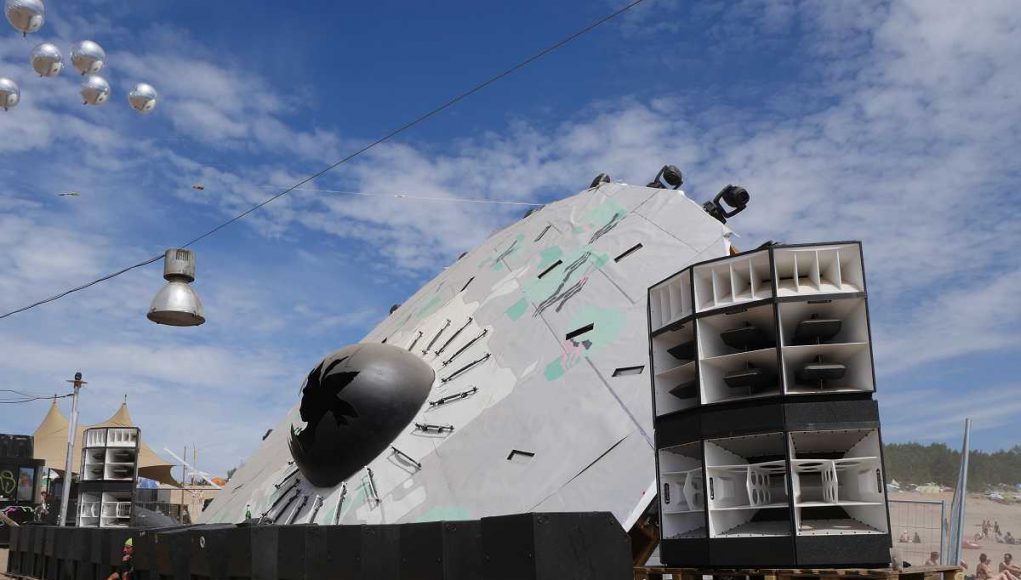 Back in 2018, Lumière Noire celebrated its first anniversary with a compilation featuring thirteen exclusive tracks by an eclectic group of electronic musicians – a family portrait of sorts. A few months later, a second volume of From Above, compiled by the label’s artistic director (and DJ) Chloé, once more brings thirteen established acts together with promising upstarts.

The first compilation was the embodiment of the label policy advocating for both artistic excellence and a widening of electronic aesthetics – bopping from deviant house music to adventurous IDM and to the rigor of dancefloor techno, among other electronic explorations. Some of the artists featured are now closely associated with Lumière Noire, while others were more established performers such as Benedikt Frey, Lauer, Jonathan Fitoussi, Il Est Vilaine, Dave e Brun (half of Swayzac) and Frank Agrario, as well as upcoming artists such as C O N T R A (a side project by none other than Iñigo Vontier), Sutja Gutierrez, Théo Muller, Markus Gibb, Bajram Bili, and a sprinkling of UFOs circling the genre (Suuns‘ Ben Shemie, Drvg Cvltvre, and electro-acoustic combo Lumi).

This group photo laid down a number of paths for a label in perpetual evolution. Since then, the Parisian entity has continued to grow within the international electronic scene, releasing Local Suicide’s Leopard Gum EP, Iñigo Vontier’s first LP, and planning another slew of releases for 2020.

The lineup for this second volume of From Above is once again equally intriguing, offering a crescendo-like track listing over a double LP format, which is a feat of sorts for a „Various Artists“ compilation.

Marc Mélias‘ fascinating, unsettling Permanent Waves gets the proceedings going with a contemplative track that provides a serene opening to the odyssey on which From Above will be taking the listener. Pletnev continues on with the playful, hooky Marco O’Polo, a fundamentally techno track built over a seductive 90s-inspired breakbeat. Douglas Greed (whom Chloé remixed on BPitch a few years back, and had himself remixed track from her album Endless Revisions featuring Ben Shemie’s vocals), supplies Vancouver, a slice of ambiance à la Boards of Canada, supported by a gripping breakbeat. The rhythmic arpeggio of Israeli producer’s Middle Sky Bloom makes his contribution a hypnotic, disconcerting slice of dark disco.

Thomass Jackson, a safe bet in the new wave of the Latin-American electronic music blowing its sometimes hot, sometimes cold wind, proposes Mithra, a dancefloor incantation to the Antiquity’s bull god. With Bells, Goldmoon delivers a track that is both melodic and nostalgic, tinged with rhythmic samples, Moog basses and solar backgrounds. Longtime friend of Chloé Krikor, who has released two albums on L.I.E.S. Records (Pacific Alley and Saudi), offers a moment of respite with Sally Hardesty (a nod to fans of horror movies), a heavenly and bewitching track that, paradoxically, hints at the highly energetic second half of the compilation.

Discovered with Confidences EP released on Lumière Noire, the young French producer Morgan Blanc asserts himself here with Werde Der Du Bist („Become who you are“), a song with luminous chords and midtempo rhythms to start the second half of the compilation by raising the tension. Galician producer, DJ and designer Cora Novoa continues the rollercoaster’s ascent with her Virtual Aesthetics, which once again brings those acid tones – this time without the vertigo. Equally corrosive, but tenser and more percussive, the uncategorizable NSDOS‘ AL-G attempts to give order to a chaotic electronic world full of violence and danger. Rebeka Warrior (half of the duo kompromat alongside compatriot Vitalic), takes on a more nostalgic tack with Ich Komme Zurück, a French/German techno chant evoking a secret dream of a track from a bygone era.

Three years after the release by Lumière Noire of Moderna and Theus Mago’s stroboscopic Dog Is Calling You, Theus Mago makes a solo comeback with Idealistic Stone, a most acid of club tracks, rattled by the modulations of the inevitable TB 303. French electro-rock stalwart Yan Wagner’s dancefloor alter ego The Populists‘ Prehistoric Lemurs gives an almost Orientalizing twist to Kraftwer’s techno-pop. To close things off, the collection’s last track, the appropriately-named Instant Track by impromptu encounter between Hervé Carvalho (Acid Arab), Jacques Bon (Smallville) and Demian (Kompakt) Acid Love Triangle, releases the pressure with a long, bittersweet reverie that leaves the listener, at the end of these thirteen musical adventures, to rest languorously on an artificial and welcoming shore.