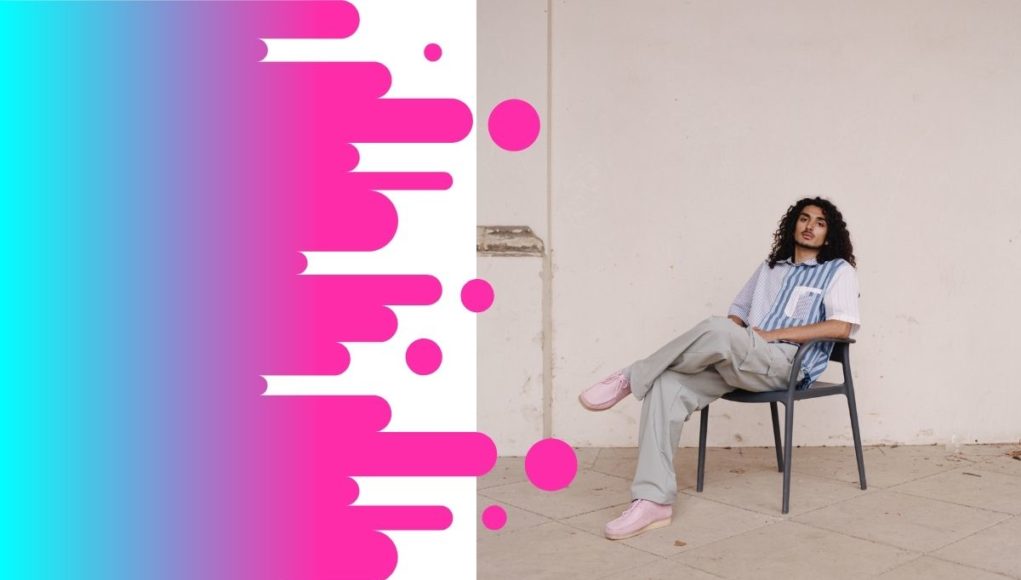 I try to make whatever’s suitable and relevant to the present time. Whether it’s to do with the world or myself , it’s usually all related to how I’m feeling and what I feel is necessary to speak about. A lot of the time I’ll produce mixture sounds of music and that usually relates to what I’m listening to at the time. If someone wants particularly made production, with a set vision, I can find it easier as I feel satisfied by fulfilling people’s needs and dreams.

Most of the equipment I ever use is at home so I don’t have to rely on other businesses for the development of my self growth . Although equipment at home is starting to break haha but I’ll always find a way to make music or do something creative , over lock down I made a book from scratch with my own materials and made drawings or paintings on each page everyday.

Hip hop and soul were my main influences growing up as my dad was a DJ and always played a lot. Amy wine house , De La Soul , OutKast and I slowly started to get into more of music that was played for older generations that kids my age would usually discourage including Nina Simone , Quincy Jones , stevie wonder, jamiroquai etc which has grown my passion and love for jazz.

I think all music taste is subjective for sure . The quality of music you listen to can be arguable but whatever someone truly enjoys , is what is good to them. the beauty of music is that everyone listens to it differently and hears things in the songs that others don’t. In order to evolve we all need to treat music as a natural force of energy rather than a product that can be debated.

Witness the fitness by Roots Manuva or Lagga by m1llionz . No way I ain’t bussing man’s Jaw after that.

Probably at the car wash when I was 16. I used to drive around in this weird mans van washing rich peoples cars and they just looked at us like shit ahaha. I also worked at a car wash in a shopping centre and it was the worst pay I just felt humiliated for allowing people to have this authority over me, lesson well learnt though.

Universal . If you listen to any of my projects you’ll find at least 3 different type of genres (if you Box music that way) that way I can allow a mixture of different people to enjoy it . At my events there’s always different types of people , expecting different things or expecting nothing and waiting for the music to take them on a journey. Story telling and emotional filled music with mixtures of literally everything.

I have loads of stories but the first show I set up when I was 16 will always be the most memorable in a stupid way haha . I set up the show on my friends roof (or what we thought was is ) as he gave us his keys for 3 weeks to do what we wanted while he was on holiday with his family. He fucked up essentially as we made it the craziest night ever with police walking by making sure no one fell off the roof , but people did fall off and cracked their butt cheek open and it all got very messy very quickly . I’ve also opened up for someone as a support act and we were so much better we ended up chilling with a quarter of their fans while the headline was performing , was embarrassing but felt good for us ahaha

My thoughts on this always change but Id probably be a therapist. If I gave enough time to studying the course I feel I could be good for the role as I’ve always found it easy to help other people with their problems . Recently though I wish I could just be a farmer and grow my own food off my own land in the Caribbean, could be even better than a musician haha

I don’t think any style of music should have more followers than another but Jazz is always too underrated and deserves more attention and importance in the mainstream world . It’s the fundamental roots for so many different types of music , it does so much for the music world and has so many uses I hope people appreciate it more even if they can’t listen to it always.

Microphone. Whatever you have, wherever you are if you have a device that can record your ideas, whatever they may be, you can make music or anything beautiful out of it. So many times I’ve recorded small ideas without even any words to the melodies which have now become my most successful ideas. Recording everything down has been the most useful tool to me , even if I won’t use it , it’ll make me realise something greater down the line.

Stay focused , stay believing in yourself , sacrifice as much as you can if you believe it’s worth it and collaborate with as many people as possible , that may seem relevant in any shape of form . The more you do this the more the vision will be solidified and clear , the image , the money everything surrounding the music comes later and will not keep you making the music you love . Stating true to yourself from the beginning will help you build your independent self and inspire everyone around you. Build a community that you’d want to see your kids and family involved , it all makes sense in the end. Big love , Osquello