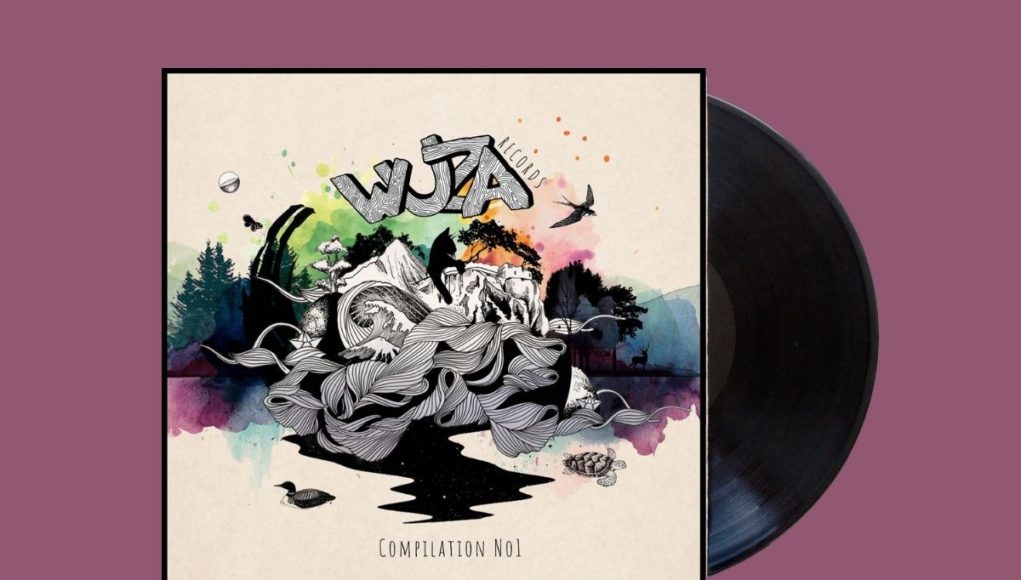 Wuza Records is the offspring of Berlin’s renowned electronic music crew Wuza – a big clique of creative minds, who throw badass parties all over Europe with punchy flavors between 90 and 130 bpm. The label set out to flow just like that, as its debut compilation bluntly demonstrates. Ya feel like taking it slow, or maybe rather getting your Techno eardrums busted? We gotcha.

„Même Si“ (which originally was coined „Even Though“) embraces old school vibes, radiating from the synth of the chords and arpeggios. The style is quite different from what the duo usually produces, but hey, why not! Zazou initially recorded some vocals for this track but they quickly realized that a female vocalist would suit even better. As an homage to Wuza’s French fanbase they teamed up with our lovely Parisian partner in crime Skøllaris who found Ioio who lent her amazing voice to the song. The rest is history. Nous aimons ça!

It’s 11:11 on the 11th November 2019. It’s Cow11’s birthday. Scorpio sun is gleaming through the windows overlooking Chiang Mai. Everything in the universe is aligned for Riyoon… to make… a downtempo banger. In celebration of his scorpio friend, in celebration of life, freedom, free love, Thailand, Khao Soi, Loi Kratong and Milx.

“Thank you for holding my dreams. In gratitude and love. Don’t forget to lick the flame.”

We are very proud to present this debut on Wuza Records. For her first release as a producer Mary delivered a minimal techno feast, raw but with a lot of heart.

“You cannot escape your responsibility, however much you may try with childlike defiance. It is never an easy, but a long and arduous way to prove yourself worthy of your crown.”

Proudly Presenting ‘Net Neutrality’. Catchy and crude, futuristic but yet old school at the same time. The artist behind it was caught by the sound of the synthesizer and combined it with an ironic voice. We love this creative vibe!

Presenting Heidenreichs slowest beat to date. When we first met this track was one of the ones in his portfolio. We are more than proud to release it now.

“ I have spent over two hours to record the Cembalo melody. In comparison to playing a piano, the strings are not struck with small hammers but with small picks. This is how the warm high notes are created. The bassline is a layer of several guitar tracks that I pitched down.” All the work that went into this track has definitely paid of!

Adults complicate things and children don’t. MONAMI would rather be a child. Because their sky is always just blue. In his second track he also dedicates himself to the disco-influenced jazzy house and delivers a bouncy beat that is encased by a wide sample backdrop. A pinch of humor and catchy vocals make the track a real banger.

There is something melancholic and fragile in the air. At the same time, the orchestral soundscape shines bright with happiness, beauty and special moments. The melodies tell stories and encourage you to indulge in dreamy memories. Named after both nicknames of the most important people in Raphael Hofman’s life, the track also tells the story of love and friendship. Tuts & Küka allows a very private insight behind the musicians front and, apart from that, is a great track to dance and listen to.

Another premiere on Wuza Records. ‘Red Salon’ is Dramasquads first produced track, delivering finest Slowtech. The inspiration behind this track was a longing and need for something in music they loved but was only partially fulfilled up to then. You can feel the soulfeel concept right through it.

It all started last spring on a trip in a town called Palalda in the south of France. They started playing with the arpeggiator, and from there immediately felt the vibe that the track could reflect. The main aim was for the track to be all about the exaltation of emotions through an uplifting journey! It’s been a while since the two of them started working together. The connection was immediate and ‘Pilot’ is now the proud fruit of their collaboration.

“We feel so attached to this track as it felt right and smooth during a strange time and nothing will make us more happy than releasing it on our favorite Label Wuza Records!”

The Story behind this track is best told by the artist himself. The Idea stems from a documentary he saw about that little drum machine Blondie used on their track Heart Of Glass (Roland CR-78). A little machine that has its own groove ventures out into the world and at first cautiously experiences life, and later on boldly collects impressions, overcomes hardships and makes new friends. Robots have hearts too, you know?