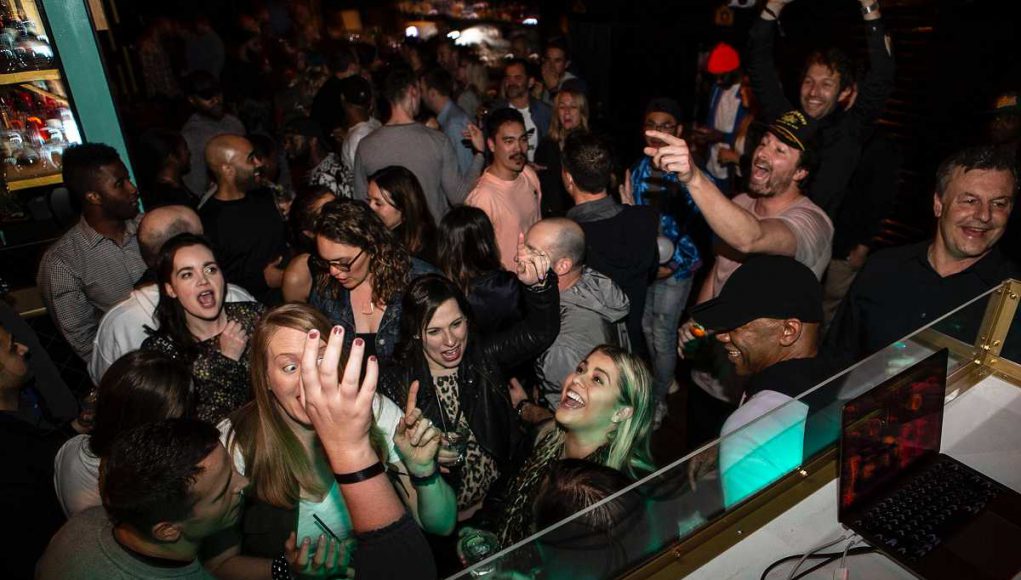 New York based imprint Absence Seizure delivers their first digital release, a compilation of favorites from the previously vinyl only catalogue.

The project highlights the versatility of the label, a mix of slow burning ambience; dark, hypnotic minimal; and raw, percussive, New York techno.

Label boss Julia Matuss, who brings forward a groove and tenacity born out of the 90s New York rave scene has hand-selected an amazing array of tracks from the label she runs actively supported by her friend Abe Duque.
Matuss is a producer and DJ convincing with her skills and her straightness in all what she does. She also worked as a cage-fighter. So she has stories to tell…

Kicking off the compilation is Matuss with ‘Alien is my Boyfriend’. The wonky synth line and snappy hi-hats set the stage well for what’s to come followed by ‘Saudade’, a deep and intoxicating groove that slowly develops into an after-hours jam. ‘Aladiss’ moves us into tribal territory, featuring a pounding kick, pulsating bassline, and melancholy horns.

The fourth track, ‘Menuet No.13’, is a remix from label co-founder and legendary NYC techno producer, Abe Duque. It’s ominous, horror film-esque keys, are perfect for a dark, basement dance floor. Matuss’ ‘Acido’ is a slow burner worth waiting for, highlighted by distorted kicks and bubbling acid, it never fully reveals itself until the claps arrive four minutes in. About halfway through the compilation, we take a break with ‘I hate Valentine’s Day’; a murky, dark, ambient soundscape, featuring low-end drones and off-kilter percussion.

Aptly named ‘Tektango’ brings us up again, using snappy percussion and pulsating rhythms, highlighting Matuss’ ability to create a jam that is both funky and trippy. ‘Fairy Dust’ starts off slow using deep chords and a pulsating low-end drive, and develops into a sci-fi-like soundscape with swinging cymbals and a spaced-out synth line. ‘Stranger Things’ contrasts dark ambiances alongside lush pads, slowly building into a groovy banger that leaves you wanting more.

Abe Duque’s ’11-27-2017’ is raw, New York techno at its finest, with squelching 303 lines, dreamy arpeggios, and robust analog drums. ’22 October’ is full of explosive, raw percussion; sonic ambient pads; and a bouncy bassline that make this the perfect, peak time stomper for any party.

Rounding out the compilation are two more tracks from Matuss, ‘Travel High’ and ‘Continuum’. The former has a long build-up; with thundering kicks, an old school style vocal sample, and groovy bongos. The final track is a fitting end, this deep, slow-burning track evokes the sun rising at the end of a party.

All tracks available for the first time digitally from March 26th.