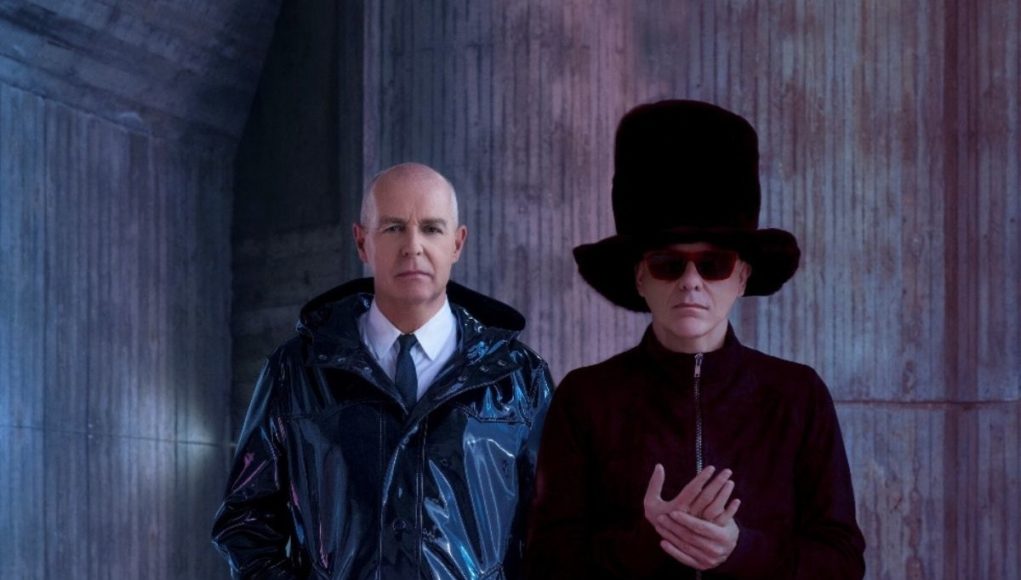 Continuing the run of outstanding album collaborations and the final single to be released, ‘Queen of Ice’ is another example of the mysterious International DJ and producer Claptone showcasing his exploration of house with a pop flavor.

As writers, producers and remixers, Pet Shop Boys (Neil Tennant and Chris Lowe) are the most successful duo in UK music history with 42 Top 30 singles in the UK including 22 Top 10 hits and four number ones. In 2020 they released their 14th studio album, ‘Hotspot’, which reached Number 3 in the UK album chart.

The single ‘Queen of Ice’ follows the previous album single releases of ‘Right Into You’, ‘Just A Ghost feat Seal’, ‘Zero’, ‘My Night’ feat. APRE and ‘Wake Up’ feat James Vincent McMorrow and ‘Golden’ feat Two Another – all unveiled earlier this year.

Claptone is the highest-ranking House DJ in the DJ Mag 100 for the 5th year in a row, ranking at #32 in 2021 with at the same time being #3 in DJ Mag’s Alternative DJ charts.

Claptone has brought his own event series ‚The Masquerade‘ to L.A, London, Amsterdam, Mexico City, Miami, Paris, Bogota, Santiago de Chile, San Francisco, Córdoba, Madrid, New York, Melbourne as well as Buenos Aires, attended by 17,000 making it the biggest “The Masquerade“ show to date. During summer season ‚The Masquerade‘ has it’s residency every Saturday at the legendary Pacha on Ibiza.

2019 saw the man of mystery play over a staggering 300 shows, all the while receiving international praise for his “Fantast” album. The LP featuring ‘Under The Moon’, Stronger’, ‘In The Night’ and ‘Animal’ delivered a Number one spot on iTunes across 10 countries. The album was later given the remix treatment by a broad range of peers including Henrik Schwarz, MK, Cassius, Patrice Bäumel and more, while Claptone provided coveted remixes for Gregory Porter, Depeche Mode, Purple Disco Machine, Disclosure, New Order, Bastille, Gorillaz, Pet Shop, Florence & The Machine, Marina & The Diamonds.

Claptone’s 2020 started with the release of the massive hit ‘Drop The Pressure’, which followed the hit rework of Michael Kiwanuka’s ‘You Ain’t The Problem’ and a remix of Mark Ronson’s ‘Don’t Leave Me Lonely’. Most recently Claptone has been on remixing duties for Dua Lipa’s ‘Physical‘ and ‘Cold Heart’ in collaboration with Elton John, Rag’n Bone Man’s ‚Fall in Love Again‘ and Ava Max’s ‘My Head & My Heart’. In 2021 it was all about presenting new music from his ‚Closer‘ album, which has earned global critical acclaim.

Pet Shop Boys (Neil Tennant and Chris Lowe) are the most successful duo in UK music history. Since signing to Parlophone Records in 1985, they have achieved 42 Top 30 singles in the UK including 22 Top 10 hits and four number ones. They have released 14 studio albums all of which have made the UK Top 10 as well as album charts around the world. In 2020 they released their 14th studio album, Hotspot, which reached Number 3 in the UK album chart.

Pet Shop Boys released their 14th studio album Hotspot in January 2020. The album includes the track Dreamland, written and performed with Years and Years. The Dreamworld: The Greatest Hits Live European tour will kick off in May 2022, while the Unity Tour of North America with New Order will now take place later this year. Pet Shop Boys will also headline Bilbao BBK Live festival 2022 in Spain.