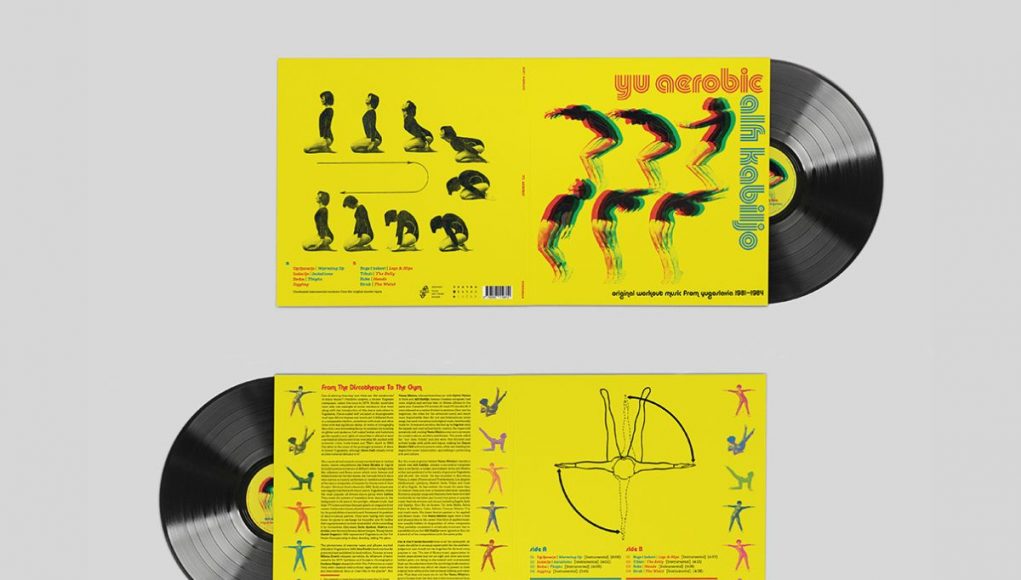 The phenomena of exercise tapes and albums started officially in Yugoslavia in 1983, Jane Fonda’s book was heavily promoted and published in local editions. Famous actress Milena Dravić released Aerobika Sa Milenom Dravić cassette for RTV Ljubljana and Sarajevo choreographer Gordana Magaš released Aerobik Ples: Pokrenimo se malo!. They were classical instructional tapes with voice-over and international disco or chart hits in the playlist . But Vesna Mimica, who perfected her art with Sylvie Vartan in Paris and Alfi Kabiljo, famous composer, had a more original and serious take on fitness albums in the same year. Cassettes YU Aerobic Br.1 and YU Aerobic Br.2 were released as a series and much more importantly, they did not use international cover songs, but conceptual and original music, intentionally made for fitness and aerobics. For the first time ever, Fox & His Friends Records are releasing original, restored and unpublished instrumental master tapes from the Aerobic sessions, used for the production of Mimica cassettes. The rise of library music appreciation in recent years shows that we are right and more and more hidden gems are being re-discovered and re-evaluated. Such are the selections from the surviving studio masters from the vivid and sporty socialist aerobics era, which we chose to present in their original form without the instructional dubbing and voice-over.