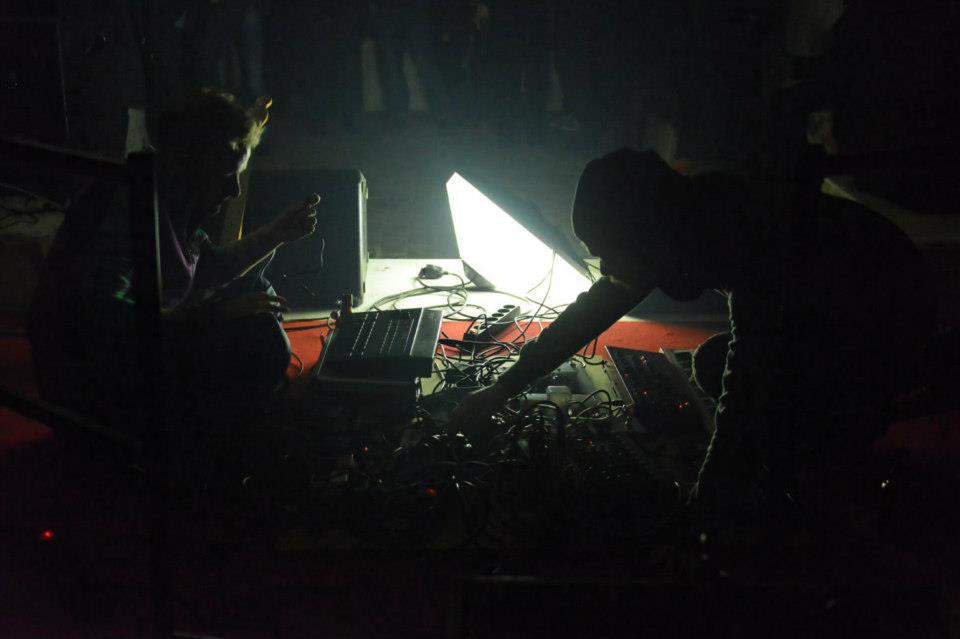 Schneider TM
Schneider TM is a multidimensional music project from Dirk Dresselhaus, active in different musical fields since the late 80’s. As 2nd part of a sound & noise album series started in 2012 with ‚Construction Sounds‘ Schneider TM will release an instrumental electric guitar album named ‚Guitar Sounds‘ in October 2013 on the Hamburgarian label Bureau B. Some of the material was used as film scores for diverse short & medium – lenght films before and some of it is brand new, instantly composed & processed electric guitar stuff. The live set will be all improvised but partly orientated on the tunes of that album, ranging between fragile & spacy sound sculptures and fat, spectral drones.

Tore Honoré Boe
During the last ten years Boe has developed the acoustic laptops, which he uses for microacoustic sound exploration and performances, but also shares via exhibitions and workshops. He is currently booking concerts where he draws upon his entire solo soundarchive from 1984 to the present to recreate old material and mix it with new. Every set is uniquely adapted to the situation, under his full name and the work title „Music, even“. He uses his acoustic laptops and other instrumentation, and play up against random blocks of prerecorded sound. The concerts are verving on the performative, as they are visual and tend to get physical.

White Vogue + Lafidki + Matteo Pasin (visuals)
White Vogue starts in Treviso in 2008 as beatnik spoken word rocky bored to death quartet, pass through post harshardcore quintet in 2009 and become a free improvising chaos disturbing band in 2010 changing frequently lineup through years. In Berlin (2013) we are Laz and Alen, reinventing ourself as drone/noise duo featuring visuals by Matteo Pasin and whoever want to add more colours to our disgusting sounds.

/// DJS ///
DJ R.I.P.zip (DIYChurch)
small screaming ghost with dog, can break stuff. careful
…beside and in between DJ R.I.P.zip is riding on the wave of cassette tape mixing and reediting. Using various playback sources and modified tape players as well as home brewed tape loops, R.I.P.zip managed to establish a very unique and characteristic mixing style which goes beyond the analog of his set up and source material. His sets tell the story of the forgotten avant-gardist, an avant-gardist that can even dance sometimes and likes to fool you. Its never straight but still a proper collage.
DJ Sculet
‚Der Zwischenmieter geht weiter‘
Michael Aniser (Noisekölln)