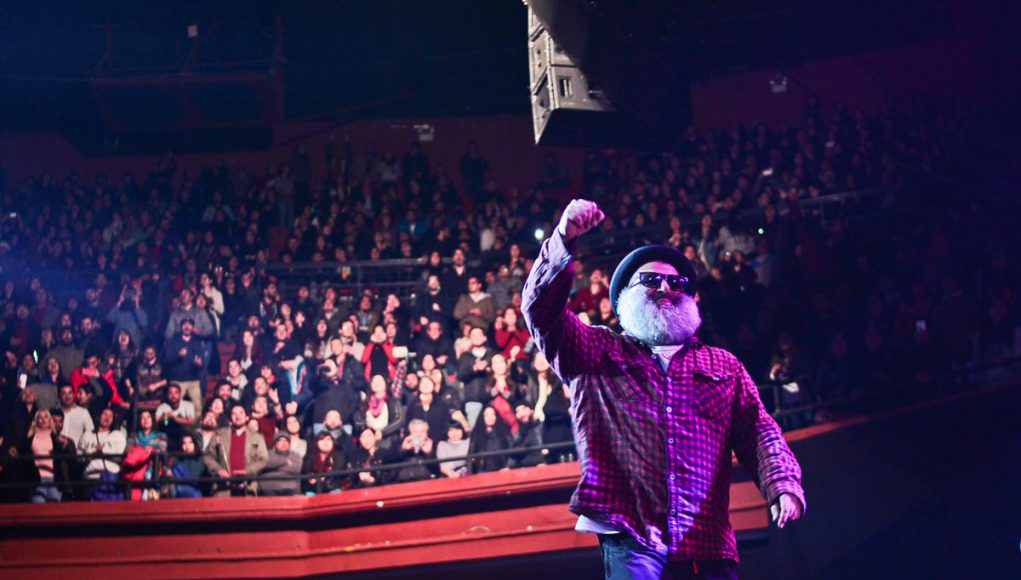 It was 2007 when el Macha (nom de guerra of Aldo Asenjo, lead singer of the Chilean punk-dub band La Floripondio and of the mega-popular cumbia group, Chico Trujillo) and his long-time friend Tocori Berrú (son of one of the founders of Inti-Illimani) were sitting around bored in the patio of the historic now-defunkt Berlin squat/venue „Tacheles“. The building was self-referred to as a cultural center, but in it’s truest sense, and far from the modern institutions of today. It was in fact an empty building, disgarded following the fall of the wall, and inhabited by the underground of Berlin in the years after. An „okupa“ as they would say in Chile, compete with some trucked in sand for a little outdoor beach in the summer, and incorporating various bars including Zapata, where Macha’s group Chico Trujillo would infamously perform for 40 nights straight in the venue’s final summer of 2009.