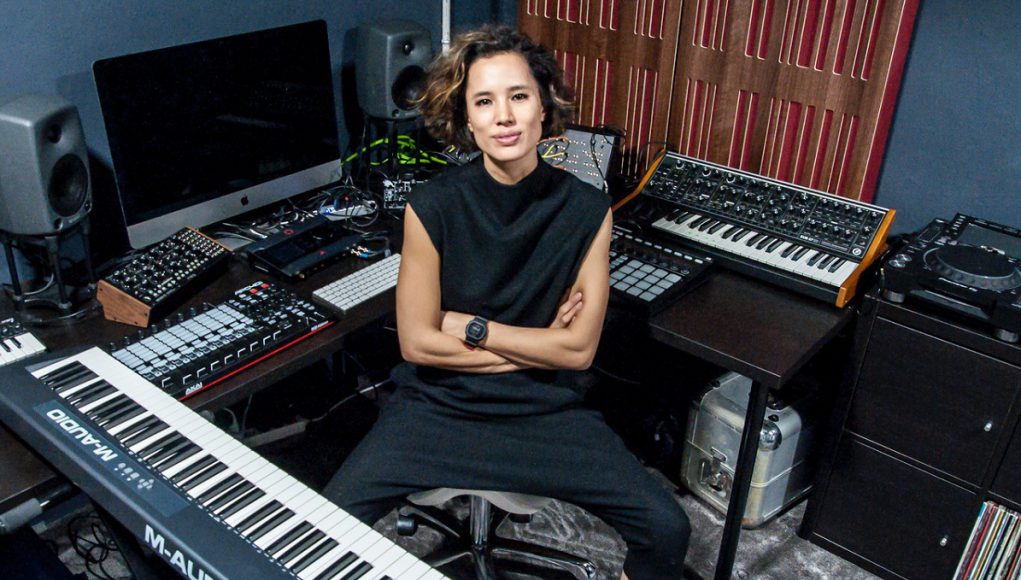 Kindisch is a sublabel of Get Physical that releases deeper house and techno.

Kindisch was originally started by my good friends Bookashade, DJ T. and M.A.N.D.Y. in 2006 as a sister label of Get Physical in order to have a musical platform for the more „verspultere“ B Side kind of records. A collaboration in the studio with DJ T. on the sister label of Kindisch is where I had my first release. Kindisch had been resting for some while after its initial phase and when I moved to Berlin I had the vision to revive the label and partnered up with Roland Leesker and Philipp Jung and their team to bring it back to life. The rest is history.

Kindisch has had over 160 releases and we have released over 30 of them on vinyl.

Our strongest markets are Germany, the UK and the United States but Latin America is on the rise as well .

My 8Pounds release coming out in February of course haha. No, I’m proud of all our releases.

Listen to hours and hours and hours and hours and HOURS of music and then decide what to sign. Our team is important as well. We are listening to the music on different sound systems and studios, we then go back with detailed feedback to the producers and try to improve the songs if it’s necesaary and if the artist thinks its a good idea as well.

Who’s in your Team?

There is 9 of us in total. Philipp Jung, Matt Aline and I run the A&R (everyone else contributes also to A&R, artist liaison and creative direction in some way or another). Jan Van Vliet & Lilly Iguman run the back end including distribution, accounting and release schedules. We all contribute to creative direction, Mirjam assists with graphics, Mia Margetic is taking care of our showcases worldwide and Cecile manages our showcases in Berlin. Roland Leesker oversees everything and is the glue that keeps it all together.

Are you a Music Producer or DJ?

We distribute our music through the common digital download and streaming services like Bandcamp, Beatport, Spotify, Deezer, Apple Music etc.

Yes we are using YT as part of the Get Physical Network which has more than 180.000 followers. So YT is an important part of our setup and offers a great opportunity to reach out to a huge followership.

No. But we have used companies to help sponsor and connect us with other people.

Everywhere. Friends of friends and other artists, at parties, events, nightclubs and through online communication.

It’s a fantastic way to reach a large number of music lovers all over the world.

Does it sound like the music is original or has the artist just copied something that has already been done before. Are they using a bunch of loops or have they taken the extra step to record and engineer original sounds. I also enjoy music made with a mix of analogue equipment and digital software.

Make honest music. Meaning don’t make music for the sake of copying a trend or what’s been done before. Let it happen naturally. Make and finish a track because it sounds good to you while you are producing it. Send finished tracks and completed EPs. Definitely don’t send 30 half finished tracks. It’s nice when an artist knows their music and is confident enough to present an EP or album rather then a folder of loose tracks.

The first Kindisch release of 2019 will be Mia Lucci’s „8 Pounds“, a 3-track EP released worldwide on the 8th February, with an exclusive pressing of numbered vinyl, limited to 100 copies only available to pre-order now: https://kindisch.lnk.to/KD138