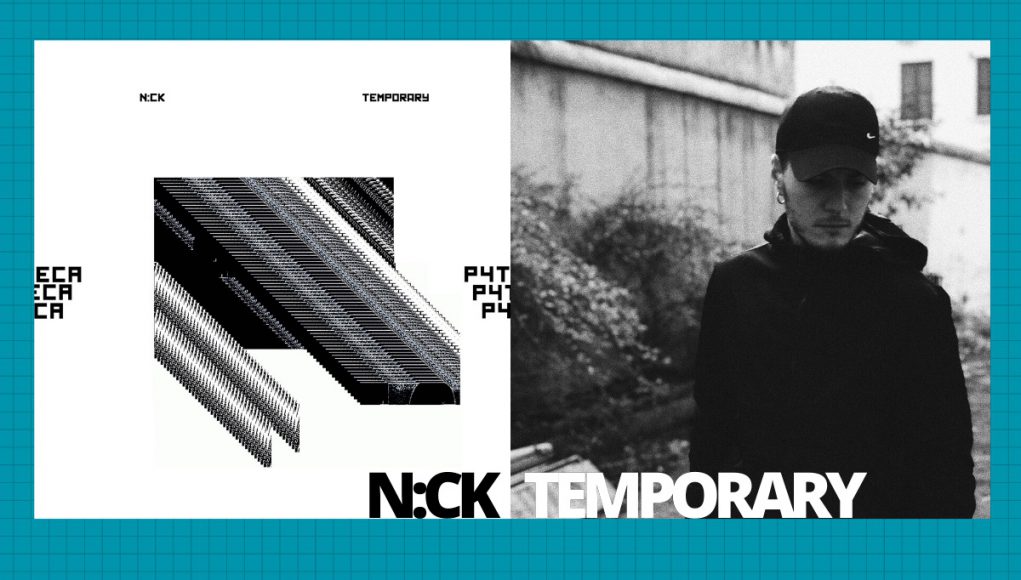 Temporary Ep by N:CK is the new work of the young Nicolò Temperini on Pyteca record. The music has been realized with the idea of approaching the future with „essential“ working methods and tools (old School) a bit like it was done in the 90s before that
technologies invaded. Three works that have in common the „Acid“ bassline of the famous Roland TB303, accompanied by the drum machines iconic of those years, namely a Roland TR 909, a Roland TR 707 and a Roland TR 606.

„Temporary is an EP based on a well-founded idea. The idea was to release something using „essential” instruments/machine and work methods, a bit like it was done in the past years, before technologies and ease of use invaded and changed the way to approach studio productions. Three works that share the „Acid“ sound of a Roland TB303 accompanied by three iconic Drum Machines of those years, as a Roland TR 909, a Roland TR 707 and a Roland TR 606. Also the recording was interesting, all the sounds of 1.AM were recorded first on tape with an AKAI GX4000D, this because I wanted to get a particular saturation thought for this track. With 2.AM and 5.AM I used classical recording methods, machine/instrument – Mixer- Sound Card – Computer. Then I did a precise work of sound design using several instruments, for example SSL preamplifiers, parametric equalizers, analog compressors. On track 2.AM there aren’t rhythms, the only rhythm part is a noise generator, processed and modulated with my modular system. As third we have 5.AM, my favourite work of this Ep. Here there are two instruments, a TR 909 and TB 303 . A very „essential“ track, but Iʼve decided to edit it this way because I wanted something simple but that would „stay“ in the listener’s head.The Visual for this track has been done by Videosolid, my partner for my parallel A/V project called NVS. All the recording and mixing were made at LRS FACTORY, the studio where I still work, also the final mastering was done here, by the mastering engineer and owner of the studio „Luigi Di Filippo” to which I entrust all my works.“

N:CK aka Nicolò Temperini, sound engineer, dj, producer, and label manager based in Rome. In his performances he alternates digital and analog, always experimenting new sounds with very unique set-ups. Never fails the attention for its public, from which always become positive feedback.

In 2015 was born ENNERT, his own label, created for the most experimental works, fully represented in STEPS, his officially first EP, recorded and mastered at the LRS FACTORY in Rome, the studio where he works all day.

In 2016 he brought Ennert to the ADE for a Label Showcase during the Festival.

In 2017 he joined the Mitten Lab project.

In 2018 he became part of the Crew: „Resistance is techno“, as a resident DJ at the Rashmon Club in Rome, playing with many artists of the international techno scene, such as Chris Liebing, Kobosil, Lewis Fautzi, Asymptote, SNTS, Charlotte De Witte and many more.

In 2019 starts his parallel project with Videosolid, called NVS; a duo that performs Live A / V, pretty based on improvisation giving rise to a very experimental impressive exhibition, an enveloping and massive mix of sounds and images.

N:CK, moreover, is managing the Analog Room of the LSR studio in Rome,
spending most of his time on analog instruments, experimenting with creating
and studying and refining new ways of making music. All you have to do now is
see him in action.