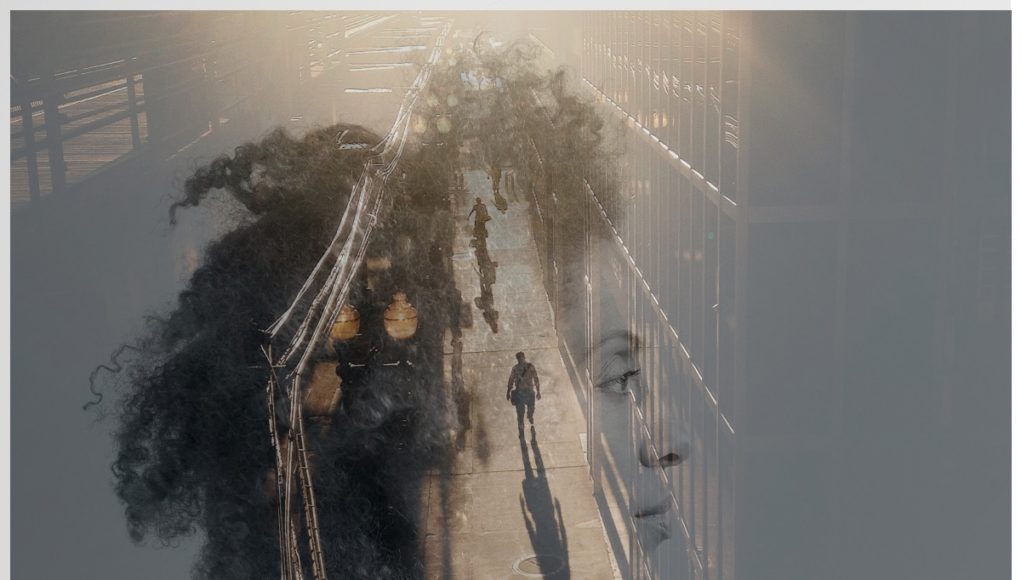 Behind this voice was mysteriously soft-spoken, London-born Martina Topley-Bird who came in and out of the music industry gifting and teasing with her exquisite voice inspiring and infusing other pioneering artists from different genres.

“Forever I Wait” is Topley-Bird’s fourth long awaited studio album and her very first self-produced and curated piece of work to date. The 12-track album, set for release 10th September captures an extensive journey describing, confronting, analysing, reflecting and sometimes goading as it ultimately seeks to make peace with what life is.

Starting off with “Pure Heart”, in what appears to be a pledge to the muse’s muse, segueing into, and winding through painful echoes and dreamy illusions of “Wanted” then morphing into tense and punchy lines of “Hunt” the album takes many turns and ends on cleansing and self-accepting “Rain”.

It is “a trip through my (MTB’s) psyche, switching through different states and frequencies of emotions and reflections”.

“Forever I Wait”, as the title alludes, was written and re-written over a long period of time.

“I had to recalibrate/reconfigure my way of relating to music and the music industry in order to make the record I wanted to make.…and that took time. And I took the time I needed. I started in London, moved and lived in America for the first time in my life, then briefly moved back to London and finished the record in Spain.”

“After trying to work on a new record for a couple of years, I came to a realisation that in order to move forward I had to separate the concept and vision I had for this record from me as a person. That made it less personal and therefore possible for me to defend and fight for the concept of the record rather than making it about myself and my ideas. It had been difficult for me in my previous projects. I was conflating the work with myself and my ego and by separating I was more assertive about communicating the bounds of the project. That was a big personal win and the beginning of “Forever I Wait.”

“By creating, selecting, and tailoring all the materials myself – backing tracks/ beats, collaborators and lyrics – eventually I was able to get to where I wanted”.

Amorphous compositions often buoyed by warm strings, delicate and intimate – Topley-Bird’s distinctively pliable voice reaffirms not only her talent in songwriting and production but an unquestionable devotion to solo artistry.

A truthful expression of desire and heartache “Forever I Wait “Is Topley Bird’s most precise and accurate album to date.

After appearing as a featured artist on Tricky’s debut album, Maxinquaye (1995) and on subsequent albums Pre-Millennium Tension (1996) and Angels with Dirty Faces (1998) Martina Topley-Bird released the understated Mercury Prize nominee debut “Quixotic” in 2003 followed by a five-year gap when she enlisted the help of Danger Mouse on sophomore album “The Blue God”.

In 2010, Topley-Bird appeared on Massive Attack’s album Heligoland on tracks „Psyche“ and „Babel“ and toured with Massive Attack from 2009 to 2016. Her third album, “Some Place Simple” was released in July 2010 in which the minimalism and intimacy of her songs subtly captivated her listeners.

Her hypnotic voice has been part of collaborations with Diplo, Common, Gorillaz, Clark, Prodigy and Massive Attack.