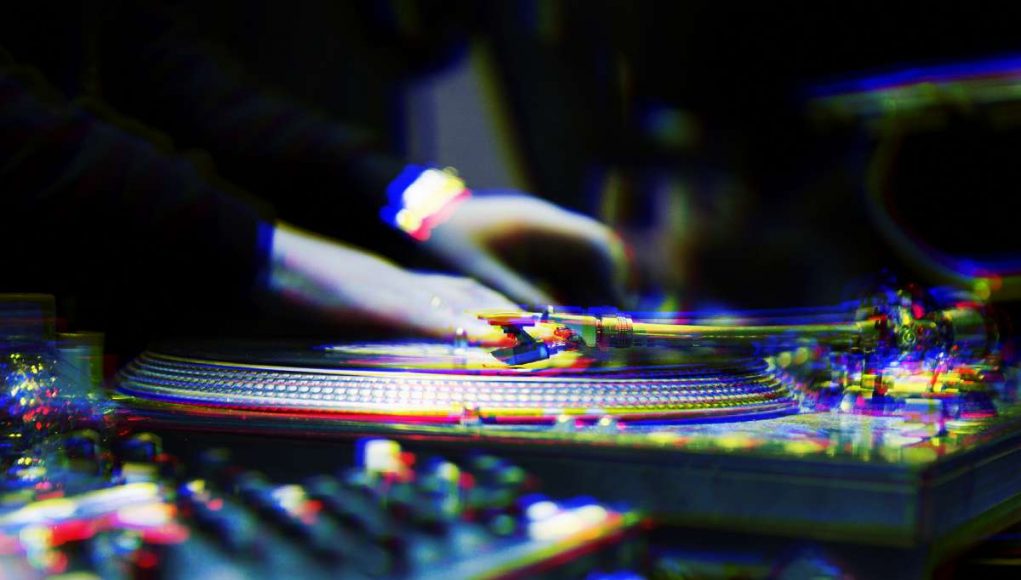 ‘An overwhelming diet of stimulation. Maximalist sonics reflect/mimic the barrage of media, attention hijack. A cathartic balm with which to come down from the onslaught. To break out of the compulsion loop. Erosion of Attention and Critical Thought. The inability to write or hear a melody.

As more potent stimulus is experienced with greater frequency, the elicited response grows duller. Satisfactory engagement requires stronger, stranger and crueller stimulus. Entropy cascades, form becomes occluded. Dragon chasing. The Earth will implode under the weight of our data. The internet currently boasts the mass of a strawberry.

Micro-genres and reissues. A glut of influences, fleeting obsessions; option paralysis fomented. Procedural and algorithmic composition to break the stalemate. The imposition of order becomes freeing. Seeding pareidolia? Freedom through procedure. The altar wine of counterpoint and the modafinil of machine learning. Or a new digital spirituality achieved through enhanced aleatory. Silicon zealotry and the pursuit of the divine online.’

C.A.N.V.A.S. welcomes the return of Xao to our catalogue for our thirteenth release. ‘Wirehead’ follows the trajectory that Xao, a Leeds-born, Berlin-based composer, producer and sound-designer, has been following for several years, developing a club- engaged composition practice which is equally stimulating and tranquillising, neurotic and narcotic. A regular C.A.N.V.A.S. collaborator since its inception, Xao has performed at C.A.N.V.A.S. events in London and Berlin since 2014, and contributed ‘Quintal’, the opening track to Cipher (2019), our debut compilation, bringing the release to life in full mechanic garden-blossom.

Having contributed extensively to the Astral Black catalogue with his debut EP ‘Alloys’ (2017) and LP ‘Eternal Care Unit’ (2019) alongside several singles across various compilations, ‘Wirehead’ finds Xao pulling different strands of sonic tactics from past experiments in all directions simultaneously. It follows the transmutation of his grime and trap-influenced early productions towards something otherworldly and futuristic–a word that hardly ever warrants its use, but this case seems required. This isn’t some vague future, this is the future embedded in our present, in the mundane chaos of post-2020 everyday reality.

Wirehead alludes to the process of self administered brain stimulation in order to hack ones own reward circuits. A process so addictive as to leave a subject with open sores on the finger used to trigger the current. A virtual analog of wireheading has already been shown to spontaneously emerge in some AI systems. Wireheading here presents as a framework for unlimited acceleration and compulsion- as a catalyst for entropy and contortion. As in the album’s artwork by Somnath Bhatt, an aureole of abstracted information engages in a perpetual dance of collapse and renewal.

The album opens with ‘Bone Theory’, lifeforms taking shape as they escape a jungle-like sprawl, the garden Xao established on ‘Quintal’ having outgrown its mechanical limits. The opener is a portent of the mind-warp which is about to unfold: melodic, rhythmic and synthetic abstraction bending and crashing their way through a vortex of stimuli. Panpipes dissolve into breakdowns. An unreal voice engine screams its death-call over the re-formatting of mental health.

‘Aqua Tofana’ arrives with laced holy-water and digital shoegaze, inviting you towards bliss before condemning you to the clinic. A hopeful hole. A dark pit as a patch of senselessness between the revelations. Vocal pads glide around tweaking drums, caught somewhere between a club basement and glacial peaks.

Elsewhere, a deep laugh disrupts the soft exterior of ‘Strawberry Online’, the track fading out into a hallucinatory sunset. Isolated trance synths tease collective rave memories. Lying in the bed, wire to the head. Dopamine shots jump through your mind like unhinged dolphin-emojis.

The tone of the album shifts gear just over halfway through, darker tones appearing in the palette of the ghostly ‘I Wed My Shadow’. Featuring the contorted yet recognisable vocals of the Berlin-based Texan opera singer Marie Requa Gailey, re-sampled and arranged into a more minimal contemporary classical/computer music composition, it provides a brief moment of respite from the otherwise saccharin-synthetic overload.

‘Ophanim Plushie’ pushes the algorithmic and generative compositional approaches on the record into the digital equivalent of a free-jazz odyssey. Sequenced entirely in Tidal Cycles, a coding environment that was used across the album, it sounds like a drum solo played by an AI percussionist trained on an archive of recordings of jazz drummers past. Like Sunny Murray on the computational equivalent of LSD- or Paul Abbot and Michael Speers’ contemporary warped takes on the marriage of computing and percussion. All with a distinctly Xao twist, in that a version of this could probably be heard in the nightclubs of 1966 or 2066 ‘Threnody For The Child of Omelas’ is the album’s endgame, having taken a turn towards an austere palette and more subtle compositional techniques, refining the wire to the head. Slight adjustments are felt over the perception of great expanses of time, all condensed into real world seconds. These last six and a half minutes cement the joy present across the release. This threnody is a lament not without hope, and the reference to Ursula K. Le Guin is poignant. In the end, if it’s the suffering of those without power that the prosperity of a damaged world depends on, here’s to another world.