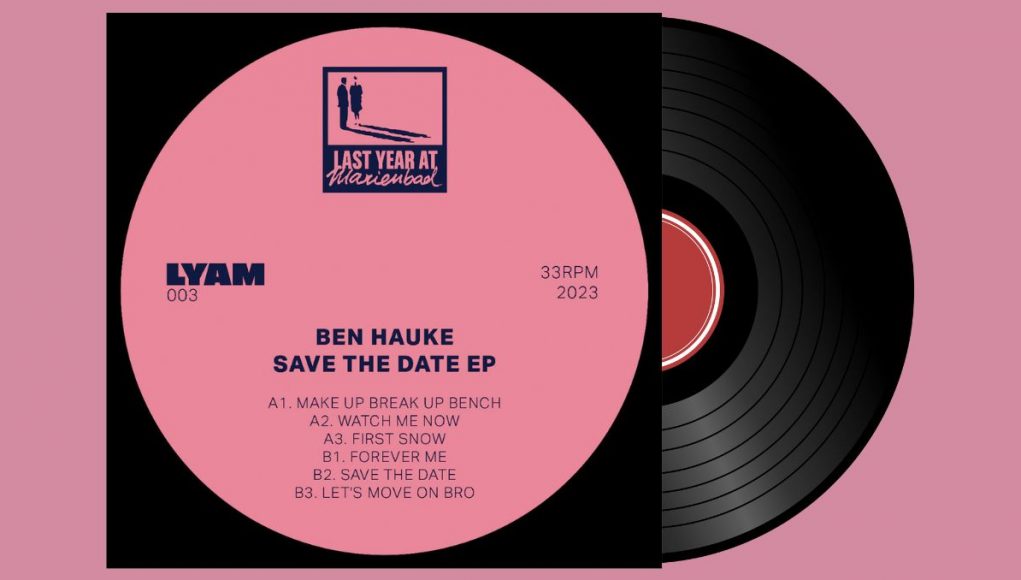 As we stumble into 2023, Oath sub label Last Year At Marienbad stand tall with this wondrous new mini-album from the multi-faceted and talented Ben Hauke, with a collection of tracks that make the head turn and the soul yearn.

Ever since his debut back in 2013, Hauke has been chasing a sound which is fed into from multiple angles and reference points, so much so that it feels like he has been making music over the course of many life times. Hauke operates within that contemporary House realm where the genre is broken down and reconstructed within differing images, but there is a continuity that threads it all together, a deep mystifying presence which knits skylight emotions with superb drumming patterns. His craft as such feels elastic and boundless, leaving the listener finding all they could ever wish for and more with every release, the flow from one record to the next only bounding people more to his effortless emotive breeze. There’s a haziness to his work that persists within the sampled feel of many elements within his tunes, which provide a earthiness to proceedings and provide vitality in all its forms. So much has been covered within his soundscape yet there is always room for growth, such is Hauke’s vision and his control over how his sound will develop and morph. He has released on a wide variety of labels, including Far Out, Church, Hear Other Sounds, Melodica, Co-Operation Recordings and YAM. The founding of WOOP records would go on to see Hauke further experiment with his style, with UK Garage, Jungle and Breakbeat all making appearance on this wonderful series of wax releases which only further Hauke as a go to producer for keeping you on your toes and for taking you deep within the dance.

It only makes sense for Hauke to release his latest masterclass via the one and only Last Year In Marienbad, which has blessed us with two excellent records from Retromigration and Jesse Bru thus far, with ‘Save The Date’ acting as yet another impressive step forward for both the imprint and Hauke. The record is, as always, seeped in dynamic boundary defying moods and breezy, steppin grooves, moving easily from club floors through to sun kissed walks and deep hued evenings. There’s the broken beat masterclasses in the form of ‘Make Up Break Up Bench’ and ‘Let’s Move On Bro’, both of which contain swings that could move mountains and a sombre yet uplifting top layer of keys and flutes which really tie into that sampled feel we know and adore Hauke for. Then there’s the upbeat house numbers, and they really are something – from the fast talking ‘Watch Me Now’, with its gorgeous filtered melodic lines and evocative vocal elements, through to the 90s leaning ‘Forever Me’ with its electronic Sax taking centre stage as we welcome the morning light, through to the title track and its driving wobbles and emphatic piano lines, there is much to be said about the spaces that can be inhabited within and around these tracks. There’s even time for a break half way through, with the sub-1 minute ‘First Snow’ showcasing Hauke’s love of Hip Hop , and within a sea of energised grooves its joyous to be provided with a differing side to the story, a recharge if you will.

Ben Hauke has really harnessed a particular something during his career to date, and it is no surprise that he continues to push out top quality recordings that feel very much in his own image, and for us ‘Save The Date’ feels like his most complete and accomplished release to date, and that is saying something when compared to the quality he has provided us with before. Heart inducing, pulse setting, all bound within a easy going atmosphere that washes away the fears and sets the mind on a brighter path – a path we are so very willing to traverse. So why not take a gander and be whisked away on a sea of only the finest House laden Vibrations – Mr Hauke has you covered…..