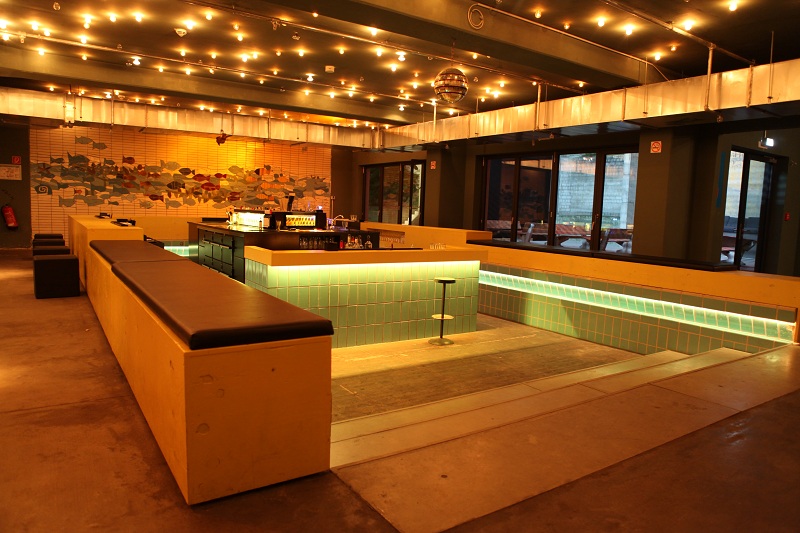 FREE ENTRANCE thanks to our partners Sennheiser, Adidas and Jaegermeister Registration required

Ron Trent’s musical journey began at age 14 in Chicago when he created „Altered States,“ a raw and beautiful track that catapulted him into the hall of fame of house and techno. Ron made a name for himself as a DJ who would introduce rare disco and soul classics into the Windy City house blend. Influenced by artists such as Larry Heard, Roy Ayers and even Pat Metheny, he formed the seminal record label Prescription in 1993 alongside Chez Damier. Together they defined an era, creating some of the brightest moments in the history of house music – producing seminal singles for Detroit’s KMS imprint and later working with Berlin’s Maurizio/Basic Channel. Ron has also produced and remixed the likes of Groove Collective, Amel Larrieux, Tony Allen and 4Hero, while putting out a string of remarkable 12″s with Anthony Nicholson for his Clairaudience label and two heavily underrated full length albums. Still travelling the world as an in-demand DJ, Ron Trent is based in Chicago once more, having relaunched Prescription Records (text: Red Bull Music Academy)

Everyone who was able to attend Mark De Clive Lowes liveset at CDR Berlin was able to witness what an exceptional musician he is. He is one of the most innovative producers and live performers you will find anywhere. Whether you call him artist, producer, composer, pianist, performer, DJ, or selecta, titles are impartial to the marvel of Mark de Clive-Lowe (MdCL). The piano sets the course, the keyboard is the vehicle, and with the drum machine as the fuel, the relentless skill of MdCL is underscored by a rare sonic sensibility. He’s an accomplished musician, originally sowing his oats in straight-ahead jazz, before taking the music far beyond. A devastating live performer, the MdCL experience is marked by impromptu studio production created on stage from scratch, using drum machines, keyboards and effects. The end result: live remixes birthed on stage for each and every gig. With bold chops like this, to call him „prolific“ is an understatement, having contributed to over 250 releases and being a first-call collaborator for a wide range of artists, including Jill Scott, Jody Watley, Leon Ware (Marvin Gaye/Michael Jackson/Maxwell), Dame Shirley Bassey, Sandra St. Victor (The Family Stand/Chaka Khan), amongst a slew of others. At this CDR Berlin session he will show you how to create a remix from scratch.

CDR Berlin
Every music producer knows the score: one can tinker away on a track for all eternity but it lacks something vital, and one still doesn’t know what. Is the sound right? Does the arrangement work? How will the tune work on the dance floor? What will my buddies think of it? When is the track really complete? These are the questions to be answered at CDR. The aim of the event is not simply to give a straight lecture but to swap experiences in an open discussion with all participants. A subsequent clubnight with previously submitted tracks will continue after the workshops. Upload your own tracks to our Soundcloud dropbox and you’ll get to hear them later over the Prince Charles soundsystem when CDR residents DJs Dirk Rumpff, John B. Savary and Tony Nwachukwu pull them together in a DJ set. The respective artists‘ names will be displayed, if so wished, so as to facilitate immediate feedback.