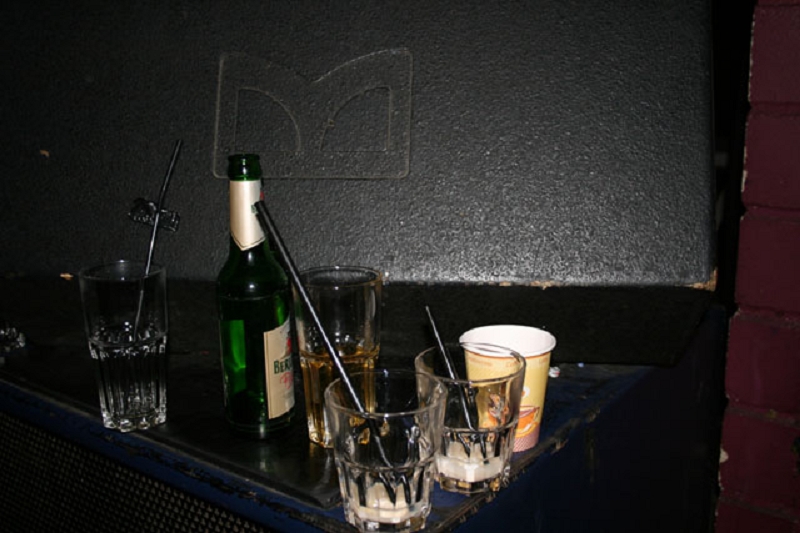 Kill All Hipsters is the brainchild of German booker Kristian Wolff and Dutch dj/music-journalist Arnold Scheepmaker who hosts about ten different cutting edge nights a month in different European cities ( Berlin, Amsterdam, Utrecht etc. ) focussing on genres like indie, electro-pop, indietronica & eclectic pop. Basically the KAH enfant terible is constantly on the run searching for cool new tunes, bringing rowdy & hyper-eclectic yet critically acclaimed nightlife mayhem, collaborating with a diverse bunch of in the know dj’s, bands, designers and photographers and adding new venues to his already full to the brim roster. Kill All Hipsters is all about a good no-nonsense attitude when it comes to beautiful, yet ultimately empty hipster-types and has a contradictory love-hate relationship with all things fashionista. Kill All Hipsters has been going internationally for six years, but Scheepmaker’s longest residency, a weekly night at Amsterdam’s well known venue Paradiso, has been attracting a steady 1.000 visitors for over a decade now.

During those years the KAH head honcho has played at numerous venues and festivals, while writing for magazines, newspapers and blogs like Vice and Dutch musicmag LiveXS. The line ‘you only live once, huh?’ is heard quite often when asking Arnold about his life in the fast lane at neckbreak speed. With Kill All Hipsters, in the Netherlands always with co-host dj Raven, he aims at the informed crowds of big metropolises who have a bigger than general interest in new releases by a wide range of indie & electro bands with cheeky side-steps to the past, short-lived hype-genres and upcoming genres. Go! Go! Go!

Some stuff we play: