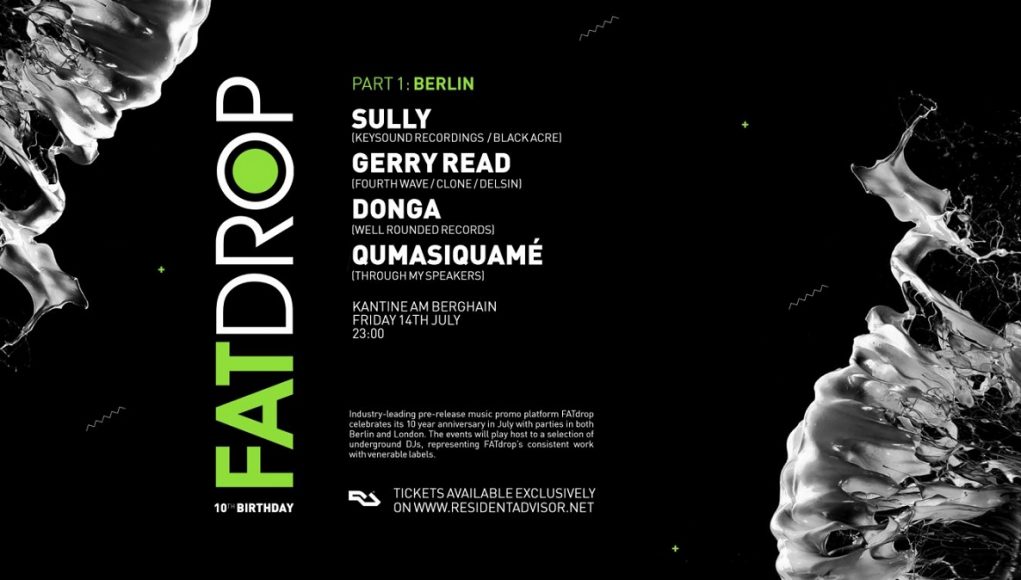 Industry-leading pre-release music promo platform, FATdrop, celebrates its 10 year anniversary in July with parties in both Berlin and London. The events will play host to a selection of underground DJs, representing FATdrop’s consistent work with venerable labels.

Sully
Releasing on pioneering labels such as Keysound Recordings and Astrophonica, Sully’s decade of musical output blends UKG, dubstep, Jungle, and 2-step. His most recent releases have been nu-Jungle focused, channeling the character of 94’ with his own distinct production style.

Gerry Read
Well known for his output on Fourth Wave as well as having released on numerous top labels including Clone, Delsin and Aus Music. Gerry will be bringing his wonky and rough form of house music.

Donga
Owner of the Well Rounded Records label and record store, Brighton’s Donga is officially one of the most underrated DJ’s in the world.

Part 2 is at Bloc (Autumn Street Studio) in London on 28th July, with Serge, Radioactive Man, Fracture and Things With Wings.