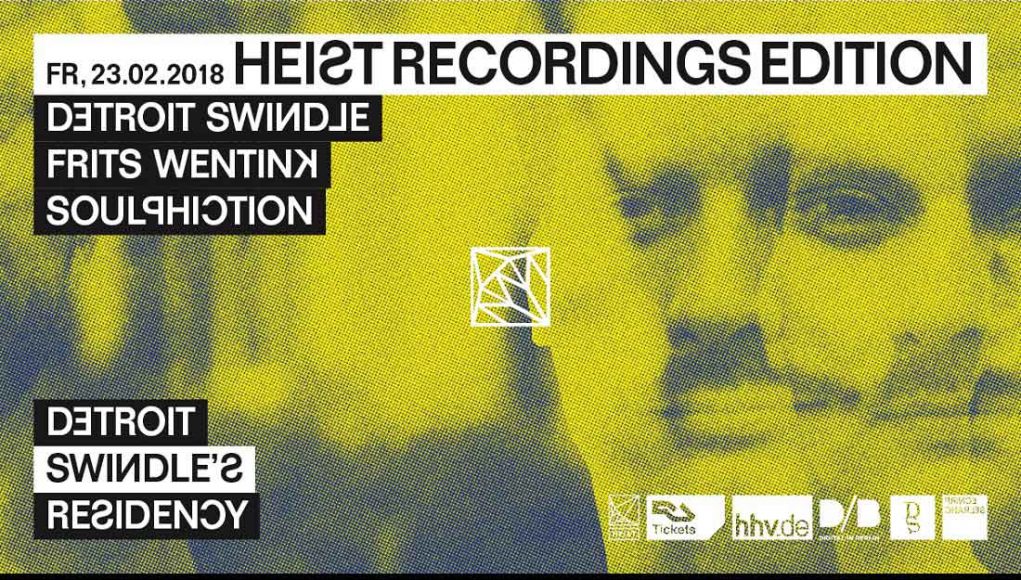 Back in the days it was always common to run a club night with iconic resident DJs. Prince Charles revives the idea and gives DJs the opportunity to run a residency with a variating contextual focus.

Kicking of this project in January is no other than Detroit Swindle by welcoming a very special act for an unprecedented back-2-back action. For their Heist Recordings showcase they’ll meet again in February with two top-notch fellows. In March Detroit Swindle invite the best of their hometown Amsterdam and last but not least they’ll perform an all night long set in April.

Detroit Swindle continue after the back-2-back kick-off of their Residency in January and bring the fam a bit closer in February. They gained full control with their own label Heist Recordings and sent us two of their hottest producers for this edition: Frits Wentink & Soulphiction. Frits Wentink has been one of Netherland it’s most steady artists since his first release in 2012 and he’s still known for pushing leftfield electronic music to the clubs all around the world. The self-called „Crate Digger 4 life“ Soulphiction started DJ’ing in the late 80’s. Influenced by the sound of Hip-Hop, Boogie and Funk, Michel Baumann always provides quality releases.