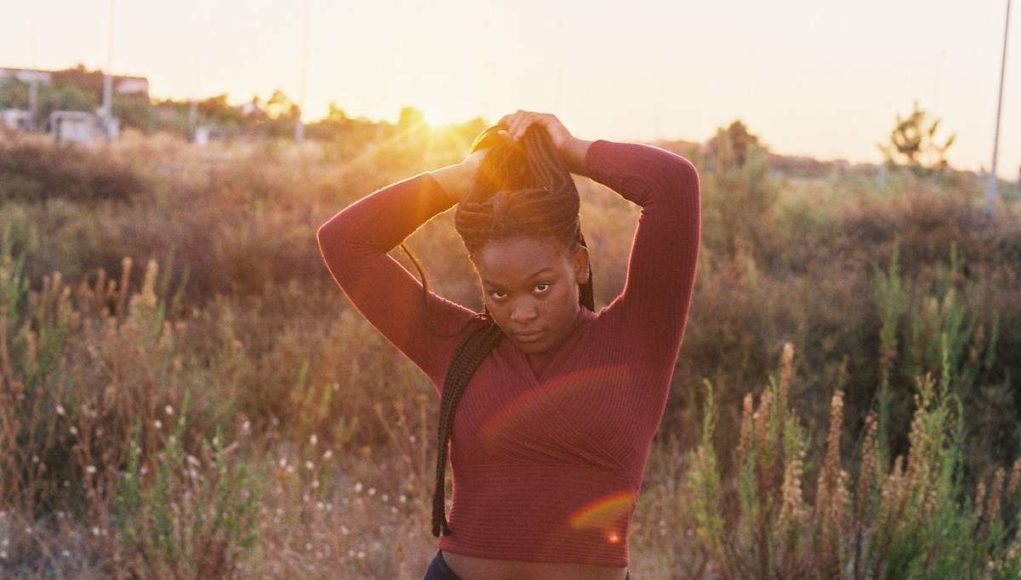 Nídia is an internationally acclaimed Afro-Portuguese electronic producer and DJ, based out of Vale da Amoreira, south bank of River Tagus, across from Lisbon. As part of the Príncipe Discos record label and artistic collective, she has been having a decisive role, both as an individual artist and as within the community, in bringing inspiringly progressive aesthetics and ethics to the contemporary alternative dance infrastructure across the globe, and the kuduro culture in particular. „Danger“ was her first physical record released on Príncipe in 2015, when she was still signing as „Nídia Minaj“, followed by the debut LP „Nídia é Má, Nídia é Fudida“ in 2017, both enthusiastically acclaimed. In 2020 she launched a celebrated trilogy attack with the „Badjuda Sukulbembe“ 7“, the „Não Fales Nela Que A Mentes“ LP and the „S/T“ EP. Among her favorite accolades ranks winning a Grammi – the ‘Swedish Grammys’ – for her production work contributed to Fever Ray’s ‘Plunge’ album, and the string of inspiring remix flexes for Yaeji’s ‘One More’ hit, Kelela’s ‚Take Me Apart’ album, even winning Best Independent Remix on UK’s AIM Awards for her Lafawndah’s ’Tourist’ rework. She also thrived in collaborating on The Honey Colony show at London’s Southbank Centre with Bonnie Banane, Kelsey Lu, Lafawndah, Tirzah and Mica Levi, and has performed extensively in events and festivals such as Sónar Barcelona, Red Bull Music Festival São Paulo, MoMA PS1 Warm Up series, Just Jam at the Barbican in London, an epic NYE at Tokyo’s WWWβ, etc.