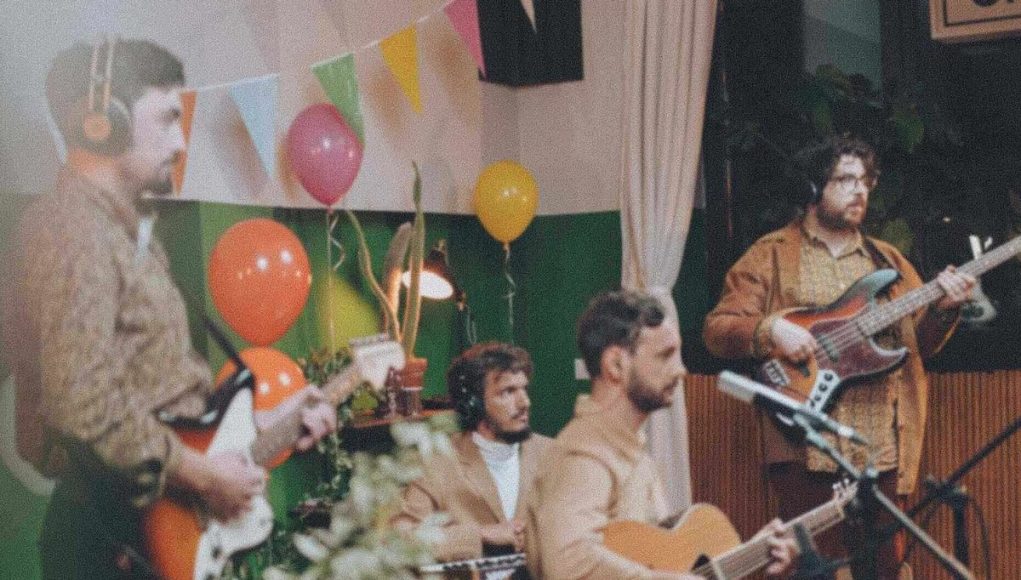 Alone at Parties are releasing their second single via the Cirkular record label. Oranges & Apples is about shared boredom — that unavoidable part of every relationship. The song rejoices in the pleasures & pains of the mundane. Starting as an intimate confession, it builds and builds with jangly guitars and sweeping synthesizers reaching a cathartic release at the very end.

Orange & Apples, the band’s newest single, marks a new stage in the band’s career — 2023 will see Alone at Parties playing their first full band shows and releasing a bundle of new music. Lazăr, the lead singer, describes Oranges & Apples: “The initial idea of the song started about 4 years ago as an acoustic sketch. About 2 years ago Andrei [producer, Cirkular] & I started to work together on it, toying with rhythms and melodies to create a basic demo for it. About half a year ago, Andrei re-listened to it one morning and felt that it needed something extra and came up with the uplifting outro melody & arrangement.”

Video:
Oranges & Apples marks the second collaboration of the band with director Irina Alexiu. Filmed during super early mornings & late late summer evenings, it’s a story of the quirky and spontaneous friendship between two strangers.In the words of Irina: “The music video is inspired by the strong bond I had over the years with my female friends. Some of the friendships were short-lived but left an important mark on my development into a woman and a creative being”. Lazăr adds: “Just like for the Another Car video I took the cameo route. We filmed in Vadu, a natural beach that’s part of the Danube Delta and waking up at 5 was never before such a pleasure. It’s captivating really to be a fly on the wall at video shoots and watching Iulia & Andra (the actresses) develop a friendship on screen was something else.”

Bio:
Alone at Parties is about the contradictions that keep popping up time and time again. It’s about loneliness at parties, about bad jokes at funerals, about seemingly unwelcoming cities that you fall in love with on a second visit. Their sound can be described as an indie-folk blend of soft-spoken synthesizers, playful electric guitars which come together around subtle acoustic rhythms and warm and moody vocals. The band made its debut with a live rendition of Board Games, released in November. Performed with a sparse arrangement in a minimalist post-party setting that evokes ‘70s era nostalgia, it’s a DIY effort that hinted at what was to come. Just a month later, the release was followed by Another Car, the band’s debut single, featuring the Bucharest based artist Adame Wolf. Produced over a 2 year period of back and forth creative sessions, it finally came together as a blend of synth infused soft melodies and melancholic folk.This year, Alone at Parties embarked on their first national tour — a solo acoustic string of shows together with Adame Wolf called Have We Met? that introduced the band’s music to Romanian crowds. Alone at Parties is a 5 piece band from Cluj-Napoca composed of Lazăr, Florin, Andrei, Dani and Patricia.

News | Eric Kupper’s – “A Lifetime In Dance Music” A collectable occasion to celebrate over five decades of work and a revered remix...